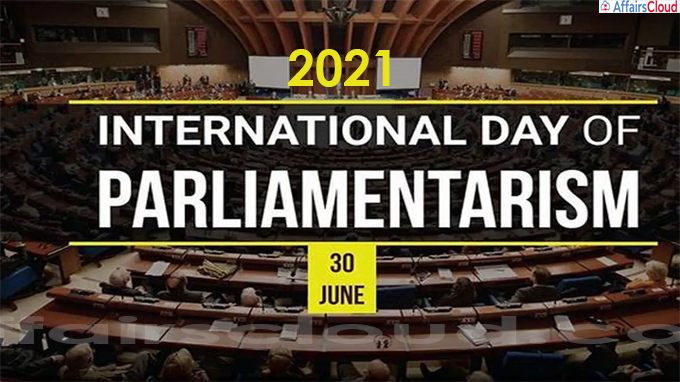 i.The United Nations General Assembly(UNGA) adopted the resolution A/RES/72/278 on 22nd May 2018 and proclaimed the 30th June of every year as the International Day of Parliamentarism.

June 30th marks the establishment of The Inter-Parliamentary Union (IPU) on 30th June 1889.

Significance of the Parliaments:

i.Parliaments are a vital part of the democracy, which represents the voices of the people, pass laws, and allocate funds for the implementation of the laws and policies.

i.IPU, the world organization of parliaments, promotes greater transparency, accountability and participation at the global level.

ii.IPU works with the UN on various issues, including peace and security, human rights and sustainable development.