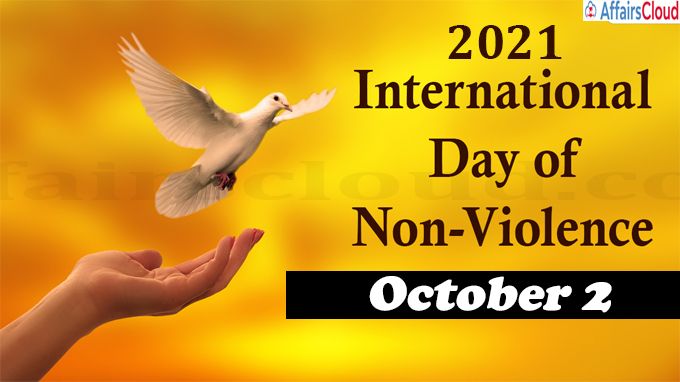 Gandhi Jayanti, the birthday of ‘Father of Nation’, Mahatma Gandhi was observed on October 2. The year 2021 marked his 152nd anniversary. His birth anniversary is celebrated as the International Day of Non-Violence by the United Nations (UN).

On the occasion of Gandhi Jayanti, the Lieutenant Governor of Ladakh Radha Krishna Mathur unveiled the world’s largest National Flag, made of Khadi cotton at Leh, Ladakh. This Monumental Khadi National Flag was prepared by Khadi and Village Industries Commission (KVIC).

i.It took 49 days for 70 Khadi artisans to prepare this flag.

ii.The Ashok Chakra in the flag measures a diameter of 30 feet.

ii.Other important activities held under as a part of  SBD were:

During the SHS 2021(Sept 15 – Oct 2, 2021), various activities were organized to promote community mobilization where over 60 lakh people participated and contributed in over 1.5 lakh Shramdaan activities.

Journalist Dhaval Kulkarni has authored a book titled “Nathuram Godse: The True Story of Gandhi’s Assassin”, the biography of Nathuram Godse, the assassin of Mahatma Gandhi.

iii.He was assassinated on January, 30 1948. This day is observed as the National Martyr’s day in India.