On August 29, 2017 International Atomic Energy Agency(IAEA) decided to open a low enriched Uranium bank in Kazakhstan. The objective is to ensure the supply of nuclear fuel in the event of disruption due to political or market problems.

The bank has been established at the Ulba metallurgical plant in northern Kazakhstan. The reserve, will store 90 tons of low-enriched uranium (LEU), the essential ingredient needed to make the fuel for light-water nuclear reactors, which generate electricity.

Usually low enriched uranium is purchased on the open market or by bilateral agreement between countries, it is a system in which this new bank does not want to disrupt.

The IAEA insists that the reserve is a “mechanism of last resort” for situations in which a UN member nation cannot access fuel by the usual means. The IAEA, which manages the reserve, has established a series of strict criteria for a member state to request and purchase uranium from the bank. 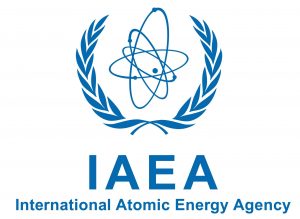 Criteria for member state to make request to purchase uranium from the bank:
1) There must be a disruption in supply “due to extraordinary circumstances” that would render the country in question unable to obtain fuel by the usual means.

2)The IAEA must have certified that nuclear material has not been diverted by the country in the past for other purposes and that the country complies with all safety measures.

3)The buying country must commit to using uranium only to produce fuel, never for weapons, and not to enrich it or transfer it to third parties without the express consent of the IAEA.

If these conditions are met and the uranium is purchased at the prevailing market price, the material will be introduced into special cylinders and transferred from northern Kazakhstan,  to a facility where LEU can be converted into fuel. To ensure transport, the IAEA signed an agreement with Russia in 2015 to allow the material to travel through the country.
About IAEA: