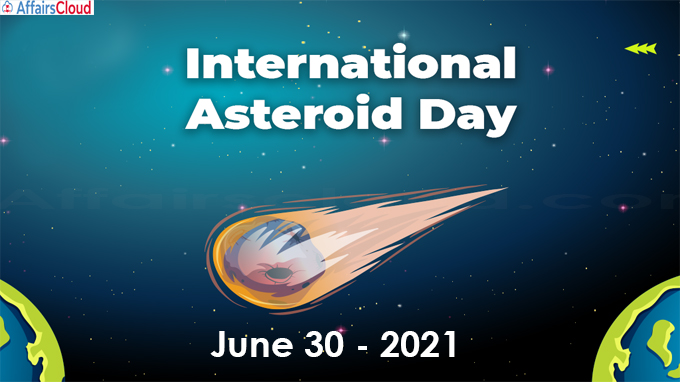 United Nations (UN)’s International Asteroid Day or Asteroid Day is a global awareness campaign annually celebrated across the globe on 30th June to create awareness and engage and educate the general public about the asteroid’s opportunities and risks.

iii.The UNGA made the decision based on the proposal of the Association of Space Explorers(ASE), endorsed by the Committee on the Peaceful Uses of Outer Space (COPUOS).

The Asteroid Day is a global program that provides online educational asteroid resources and produces a 24-hour global broadcast known as “Asteroid Day LIVE” from Luxembourg.

i.The United Nations Office for Outer Space Affairs (UNOOSA) has worked on NEO’s to recognise the hazards of the NEO impacts on global issues.

ii.The International Asteroid Warning Network (IAWN) and the Space Mission Planning Advisory Group (SMPAG) were established in 2014 based on the recommendations for an international response to a near-Earth Object impact threat, endorsed by the COPUOS in 2013.