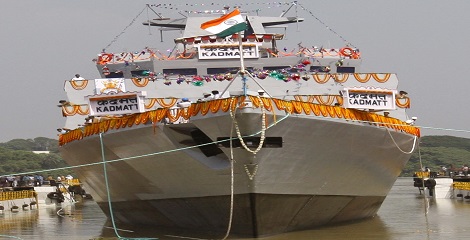 About INS Kadmatt
INS Kadmatt is named after one of the large islands amongst the Lakshadweep group of islands off the west coast of India.