BUILDERS
Its distinctive design has been formulated by the collective attainment of three organisations. 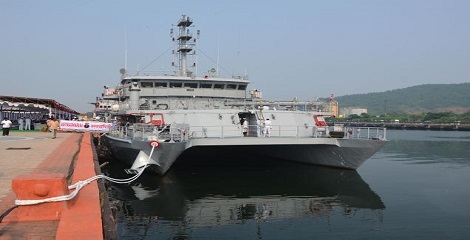 This ship indicates the potential of Indian scientists and manufacturing facilities and becomes the part of “Make in India” campaign of Government.