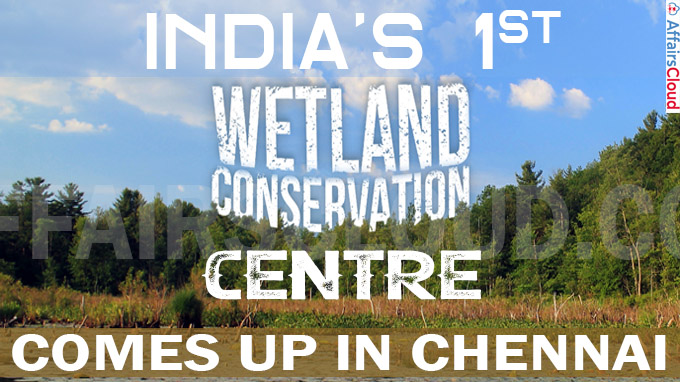 Minister of State for Ministry of Environment, Forest & Climate Change (MoEFCC), Babul Supriyo announced the establishment of India’s 1st Centre for Wetland Conservation and Management (CWCM) at Chennai, Tamil Nadu. It is being set up as a part of the National Centre for Sustainable Coastal Management (NCSCM) Institute, a research institute under MoEFCC.

iii.During the meeting, Babul Supriyo released publications related to Faunal Diversity of all the Ramsar sites in India & Brochure on Designation of Ramsar Sites.

On Occasion of World Wetlands Day, the National Mission for Clean Ganga (NMCG) launched community-based programmes to raise awareness about conservation and rejuvenation of 10 wetlands in around 50 districts along River Ganga.