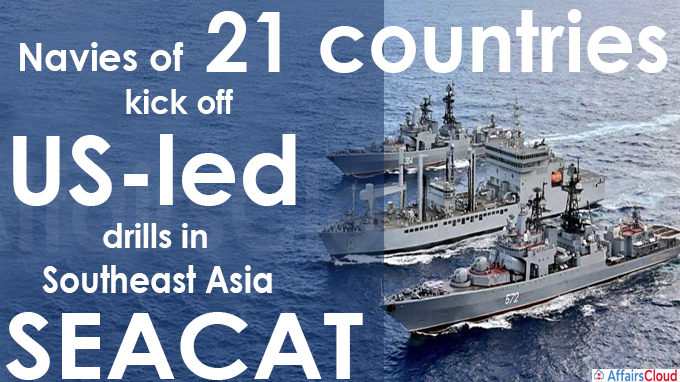 The Indian Navy participated in the United States (US) Navy led Exercise South East Asia Cooperation and Training (SEACAT) 2021, an annual Multilateral Naval Exercise held in Singapore virtually. This is the 20th Edition of the Exercise.

Objective: It aims to foster enhanced cooperation between Southeast Asian countries by incorporating tactics, standardized training, and procedures to combat contingencies or illegal activities in the maritime domain.

SEACAT began in 2002 as South East Asia Cooperation Against Terrorism. In 2020, the Exercise  was conducted as part of a virtual symposium due to  the COVID-19 pandemic.