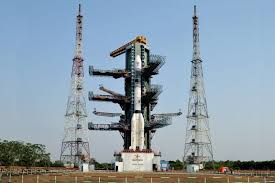 The idea of launching a satellite which specifically caters to communication needs of SAARC nations was first proposed by PM Narendra Modi while addressing ISRO scientists in June 2014. Later in November 2014, PM Modi mentioned about this idea during his speech at 18th SAARC Summit in Kathmandu.

The entire project cost, up to the launch has been borne by India. To derive benefits from this satellite, the participating country will have to develop its own ground infrastructure. However, India Government has shown willingness to extend technical assistance in this matter.