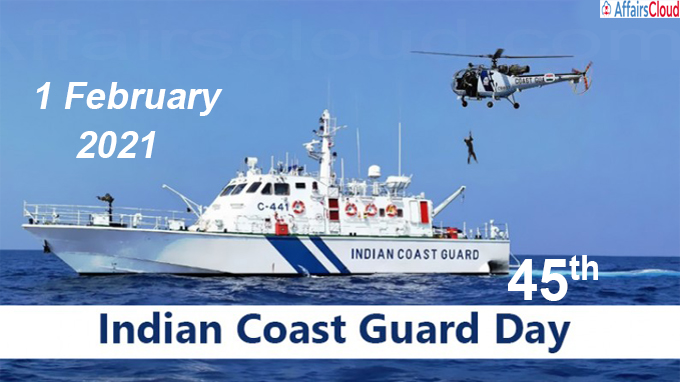 iii.In 1978 the Indian Coast Guard had only 7 surface platforms, and currently the ICG has 156 ships, 62 aircrafts in its inventory and it is aimed to reach its target force levels of 200 surface platforms and 80 aircrafts by 2025.

iv.ICG is the 4th largest coast guard in the world.

i.During the COVID-19 pandemic, ICG deployed 50 ships and 12 aircrafts on a daily basis to maintain the 24×7 surveillance in the Exclusive Economic Zone(EEZ).

i.ICG was the first force to deploy women officers in operational roles on board ships.

ii.She was one of the 7 women officers trained to operate air-cushion vehicles popularly known as hovercraft.

i.The preventive and measured response stance of operations of ICG has escorted more than 6000 fishing boats and 40000 fishermen to safe harbours during the 11 cyclones in 2020.

ii.In accordance with ‘SAGAR’ – Security and Growth of All in the Region, ICG doused a raging fire onboard the 333 M long very large crude carrier motor tanker new diamond with 3 lakh metric tonnes of crude oil off Sri Lanka.

iv.ICG has conducted a National Maritime Search & Rescue Board meeting and followed it up with SAR Exercise-2020 (SAREX-2020) to validate the existing mechanism for undertaking Mass Rescue Operations.