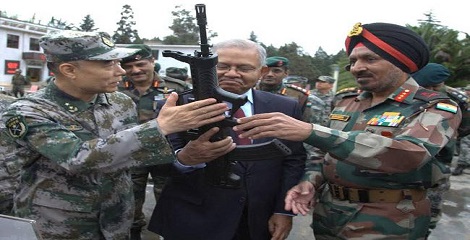 Troops from 14 Corps of China’s Chengdu Military Region, which focuses on borders with India are taking in the exercise.

Purpose of the exercise :To develop joint operating capability, share useful experience in counter-terrorism operations and to promote friendly exchanges between the Armies of India and China

Opening ceremony : Dabanqiao Training Base of 14 Group Army at Kunming on 12th October 2015