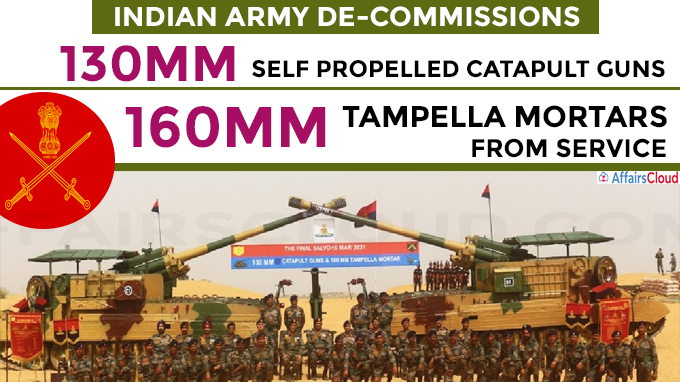 iv.It was deployed in the India-Pakistan border to cater the urgent need of a Mobile Artillery gun system, after 1965 & 1971 wars.

The President of India is the Supreme Commander of the Indian Armed Force.
Chief of Defence Staff – Bipin Rawat
Chief of Indian Army – Manoj Mukund Naravane
Motto – “Service Before Self”