As per United Nations Development Programme (UNDP) report on account of rise in life expectancy and per capita income, India has been ranked among 130 among 188 countries in 2014 in Human Development Report 2015 comparing to 135 in 2014 report. 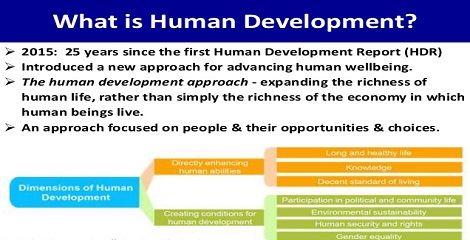 What is Human Development Index (HDI)?
The HDI is an average measure of basic human development achievements in a country. It is a summary measure for assessing long-term progress in three basic dimensions of human development:

Report Highlights with reference to India

Female participation – 12.2% of Parliamentary seats are held by women and 27% of adult women have reached at least a secondary level of education compared to 56.6% of their male counterparts.

The 2015 Human Development Report (HDR) Work for Human Development examines the intrinsic relationship between work and human development. Work, which is a broader concept than jobs or employment, can be a means of contributing to the public good, reducing inequality, livelihoods and empowering individuals.