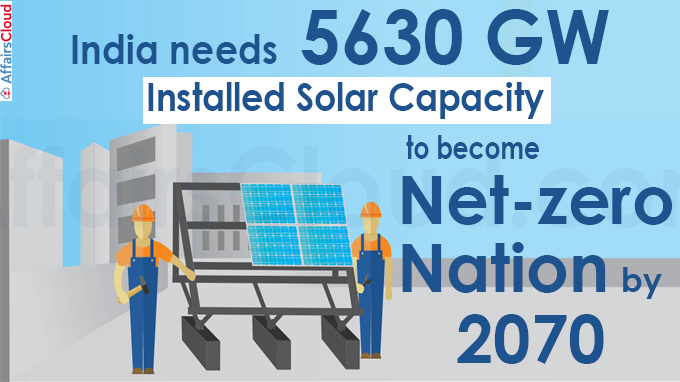 In October 2021, the Council on Energy, Environment and Water (CEEW), an independent think tank, released the “Implications of a Net-zero Target for India’s Sectoral Energy Transitions and Climate Policy” report, which predicts India to increase the total installed Solar Power Capacity to 5630 Giga Watts (GW) by 2070, to achieve Net Zero emission.

iii.Electric passenger vehicles would comprise 84% of all cars sold in India, while 79% of all trucks would run on battery-electric technology & rest on hydrogen.

iv.India’s Electricity generation capacity in wind and nuclear energy should increase to 1792 GW and 225 GW, respectively by 2070.

About Council on Energy, Environment and Water (CEEW):