India has ranked 9th out of 41 countries in bribery and corrupt practices in businesses as per the EY (Ernst & Young) Europe, Middle East, India and Africa (EMEIA) Fraud Survey 2017. The ranking has improved marginally since 2015 in which India ranked 6th.

Note – In context of this Survey, higher rankings indicate a negative scenario.

Cause of Concern and Course of Action: 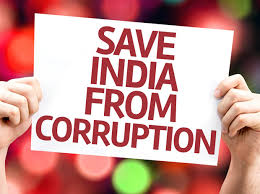 Arpinder Singh, EY India’s Partner and National Leader, Fraud Investigation & Dispute Services has highlighted that unethical behaviour at the workplace among Gen Y (people in age bracket of 25-34) also referred to as millennial has become a serious cause of concern. He also added that this tendency should be countered by instilling ethical values and motivating these future leaders to make right choices in the larger interest.

Other key findings from the survey:


Interestingly, in a global survey, only 1 in 5 i.e. 20% of respondents said they would be prepared to act unethically for betterment of their careers.
AffairsCloud Recommends Oliveboard Mock Test

India is the most corrupt country in Asia