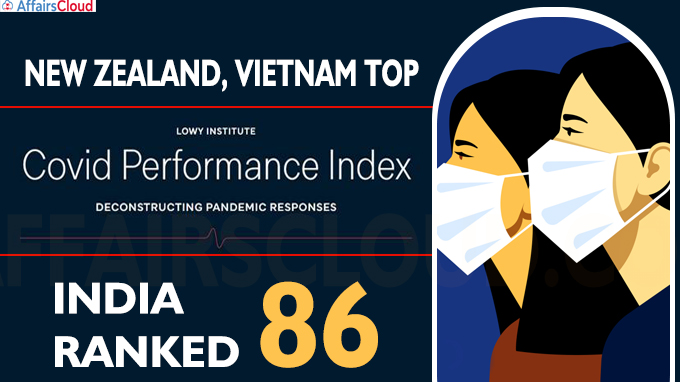 According to the ‘COVID Performance Index : Deconstructing Pandemic Responses’ released by Australia based Lowy Institute, India with a score of 24.3 was ranked at 86 out of 98 Countries on basis of its response towards tackling the Pandemic. New Zealand topped the list followed by Vietnam & Taiwan.

i.According to Lowy Institute Asia Power Index 2020 Edition released by Sydney (Australia) based Lowy Institute, India with a score of 39.7 (out of 100) is the 4th most powerful country in Asia.