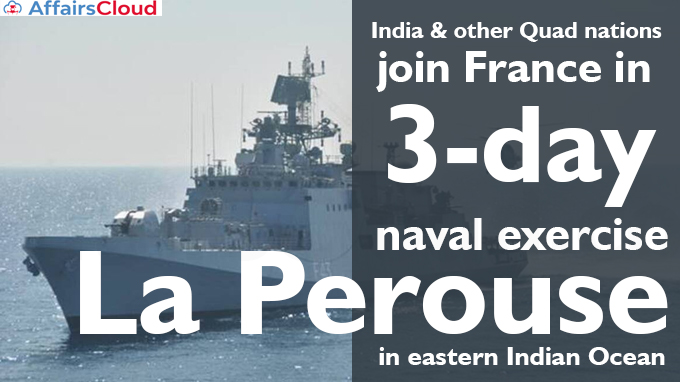 Navies of India & Three other QUAD (Quadrilateral Security Dialogue) Countries namely US, Japan and Australia participated in the Multilateral French Maritime Exercise ‘La Perouse’. The Exercise took place from April 5-7, 2021 in the Eastern Indian Ocean Region and was led by the French Navy.

Assets of other countries

The 1st edition of La Perouse joint exercise was initiated by France in 2019.

i.On 8th March, 2021 France started its 5-day long 1st Military Exercise in Space, “AsterX” to analyse its ability against attacks on its Satellites & other defence equipment.