On August 15, 2019, India celebrated its 73rd Independence Day. Prime Minister Narendra Modi unfurled the national flag at the Red Fort, New Delhi. He received a Guard of Honour from a contingent of the Army, Navy, Air Force and Delhi Police. Flying Officer Preetam Sangwan assisted PM Modi in the unfurling of the national flag, Flight Lieutenant Jyoti Yadav and Flight Lieutenant Mansi Geda were positioned on either side of the saluting dais for the Prime Minister. 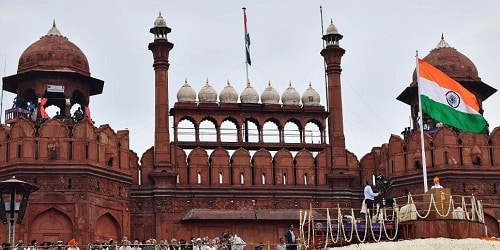 Creation of Chief Defence Staff
The creation of the Chief of Defence Staff (CDS) to integrate the efforts, training, operations and planning of the three defence services was announced by the prime minister.

First Independence day in Ladakh after being declared as UT
Ladakh, which will become a Union Territory (UT) after the bifurcation of Jammu and Kashmir, celebrated its first Independence Day after it was declared UT.

Punjab CM dedicates 3rd phase of ‘Jung-E-Azadi’ memorial to victims of Jallianwala Bagh massacre
It is a memorial and museum being built in Kartarpur, near Jalandhar city of Punjab. It is built in memory of sacrifices and contribution made by the community of Punjabi’s in the Indian independence movement. The 1st and 2nd phase of the memorial had been constructed at a cost of Rs.290 crore and Rs.20 crore was dedicated by CM to 3rd phase of Jung-E-Azadi memorial.  Punjab’s chief minister also digitally launched a number of other projects for Jalandhar district, as part of Rs.450 crore worth of development and welfare projects inaugurated across the state.