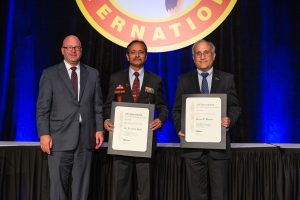 advancement of vertical flight technology. It comprises scientists, engineers and researcher working in this field.

Sinha has expertise in Tactical Aerospace Systems for unmanned aircrafts and helicopters.

Other achievements of Dr. Arvind Sinha: