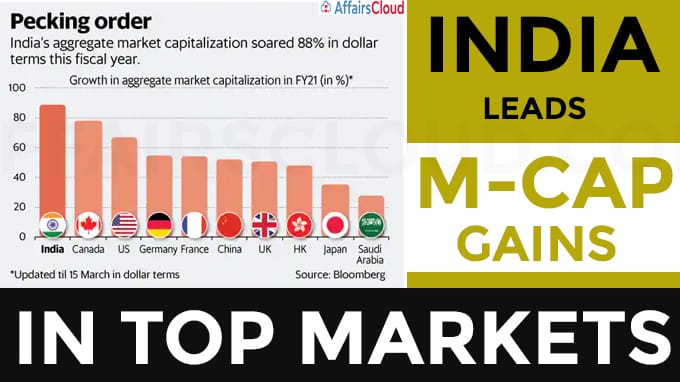 India has improved its ranking to 7th in the 16th edition of “Global Climate Risk Index (CRI) 2021- Who suffers Most from Extreme Weather Events? Weather-related Loss Events in 2019 and 2000 to 2019” from 5th in CRI 2020, which has been released by Germany-based think tank Germanwatch. The list has been topped by Mozambique followed by Zimbabwe, and the Bahamas.