1. Bharat Ratna – It is the highest civilian award of the India. The award was given for outstanding achievements in the arts, literature, science and public services but the government expanded the criteria to include “any field of human endeavour”. The number of annual awards is restricted to a maximum of three in a particular year.

2. Padma Awards – Padma Vibhushan, Padma Bhushan and Padma Shri  awards are for exceptional and distinguished service in any field including service rendered by Government servants.

4. Nobel Prize – The Nobel Prize is widely regarded as the most prestigious award available in the fields of literature, medicine, physics, chemistry, peace, and economics.

5. Booker Prize – Literature
It is an annual award for the best original novel, written in the English language, and published in the UK literary award.

6. Vyas Samman – Literature
Vyas Samman is awarded annually by the K.K. Birla Foundation in recognition of the Hindi literary work published in past 10 years.

7. Moorti Devi Award – Literature
The Moortidevi Award is an annual literary award in India presented by the Bharatiya Jnanpith organization for a work which emphasizes Indian philosophy and culture.

8. Saraswati Samman – Literature
The award was instituted in 1991 by the K. K. Birla Foundation. It is an annual award given for outstanding prose or poetry literary works in any 22 Indian languages.

9. Jnanpith award – Literature
The award was instituted in 1961 and it is It is presented by the Bharatiya Jnanpith, a trust founded by the Sahu Jain family, the publishers of the newspaper The Times of India. It is an annual award given for outstanding prose or poetry literary works in any 22 Indian languages.

10. Bihari Puraskar – Literature
Bihari Puraskar is a literary award instituted by K. K. Birla Foundation. The award is named after the famous Hindi poet Bihari and is awarded to an outstanding work published in Hindi or Rajasthani by a Rajasthani writer.

11. The Oscar/Academy Awards – Films
This is an annual American awards ceremony honoring cinematic achievements in the film industry.

13. Arjuna Award – outstanding performance from the sports persons in sports and games.
The Government has modified the format of Arjuna Award very recently and as per the revised schematic guidelines a sports person must have very good consistent performances for the previous 3 years at the international level to be considered as eligible for the Award.

20. Shanti Swarup Bhatnagar Prize – Science & Technology
The Shanti Swarup Bhatnagar Prize for Science and Technology (SSB) is a science award in India given annually by the Council of Scientific and Industrial Research (CSIR) for notable and outstanding research, applied or fundamental, in biology, chemistry, environmental science, engineering, mathematics, medicine and Physics.

21. Kalinga Prize – Science
The Kalinga Prize for the Popularization of Science is an award given by UNESCO for exceptional skill in presenting scientific ideas to lay people.

22. Grammy Award – Music
A Grammy Award, or Grammy, is an accolade by the National Academy of Recording Arts and Sciences of the United States to recognize outstanding achievement in the music industry.

23. Abel Prize – Mathematics
The Abel Prize is an international prize awarded annually by the Government of Norway to one or more outstanding mathematicians.

24. International Gandhi Peace Prize – This award is given to individuals and institutions for their contributions towards social, economic and political revolution through non-violence and Gandhian philosophy. The award carries Rs. 10 million in cash.

25. Lal Bahadur Shastri National Award – This is for Excellence in Public Administration, Academics and Management.

28. Pulitzer Prize – The Pulitzer Prize is an award for achievements in newspaper and online journalism, literature, and musical composition in the United States.

30. Manthan Award – It is an initiative in India to recognize the best practices in e-Content and Creativity.

34. Courage in Journalism Award – Prize by the International Women’s Media Foundation (IWMF) for women journalists. It recognizes women who write from dangerous areas

35. Mother Teresa Memorial Awards for Social Justice (MTMA) – Prize by the Harmony Foundation.This is an organization created by Abraham Mathai in Mumbai. It is the only award in the name of Mother Teresa recognized by the Missionaries of Charity.This honour individuals and organizations that promote peace, equality and social justice. 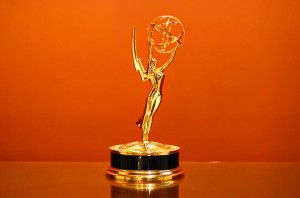