India has made its debut in the Quacquarelli Symonds (QS) list of top 200 universities globally. The Indian Institute of Science, Bangalore(IISc) and the Indian Institute of Technology, Delhi (IIT-D) have been placed 147 and 179 respectively in the QS World University Rankings for 2015-16.

Massachusetts Institute of Technology (MIT) retains the top spot in the QS World University Rankings for the fourth year running. Harvard is at second position. 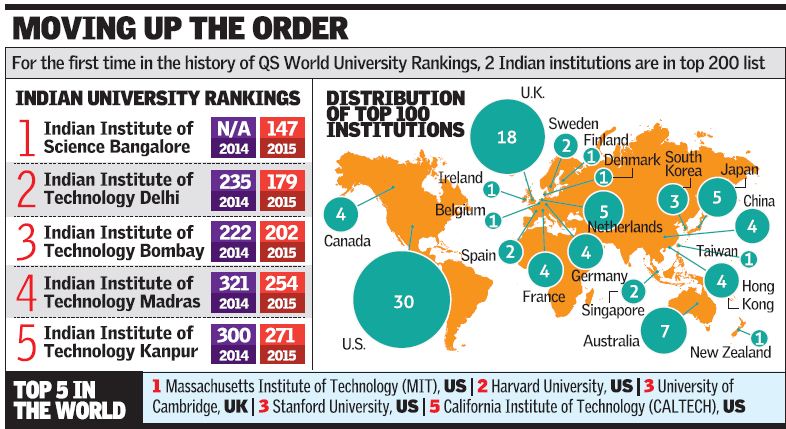