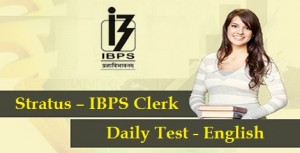 1. Although such a move is nothing new, the publicity given to the ban this time, and it being extended from two days to four and eight days, resulted in much..(1)…Many sellers and consumers of meat are not opposed to a ban on the sale for a day or two;..(2)..the days preceding and following those days would see an increase in sales and compensate for the day of the ban. But a bar for four consecutive days, and the wide publicity given to it, raised fears that the implementation would be strict and that those who did not..(3)..might face..(4)…The stated rationale for the prohibition — which does not cover fish and eggs — is to prevent ‘slaughter’ during the period of fasting. But that did not convince the Bombay High Court, which termed the move “regressive” and “absurd” in a cosmopolitan city like Mumbai. By ordering a ban on meat for an extended period, the BJP governments have revealed a fundamentalist streak, and thus risked a..(5)..from some of their own core supporters.

2. what is the..(1)..synthesis that joins and..(2)..these complex parts into scientific invention? A famous scientist of yesteryear’s had developed one of the..(3)..and still generally..(4)..answers to this question.Imaginative..(5)..he concludes, is a complex process in which the conscious and the unconscious thinking processes jointly operate.