On January 18, 2020 the National Security Advisor (NSA) of India Shri Ajit Doval paid a day long visit to Colombo in the Island nation of Sri Lanka (SL). On his visit, Shri Doval met the president of SL shri Nandasena Gotabaya Rajapaksa and held talks on various bilateral issues. The highlights of the visit in detail are as follows: 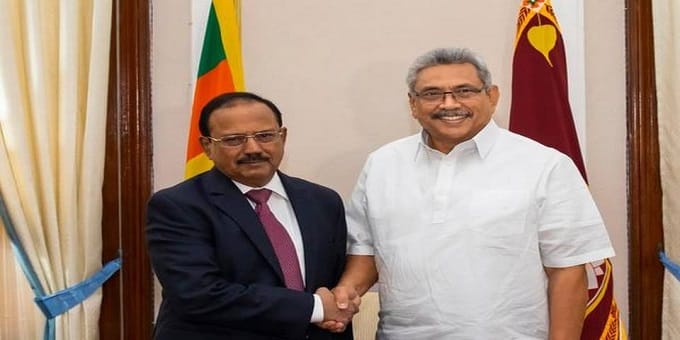 ii.During his visit, Ajit Doval also met several foreign diplomats in Colombo and held discussions with them on issues related to mutual interest.