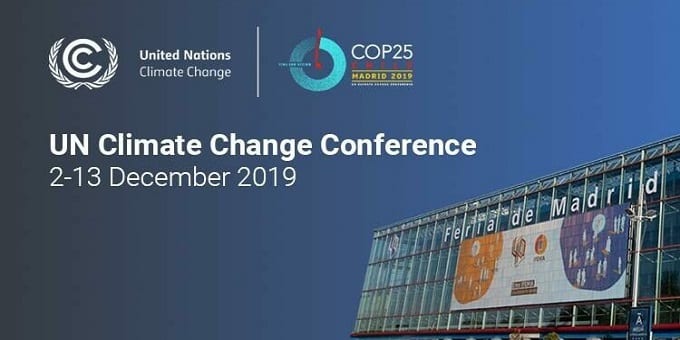 India ranked 9th among countries in CCPI with higher climate performance:
For the 1st time India was ranked among the top ten countries in the Climate Change Performance Index (CCPI) 2020, released by Germanwatch and NewClimate Institute report together with the Climate Action Network (CAN). India ranked 9th in the index in 2019.  Previously in 2018, it ranked at the 11th place. The list was topped by Sweden ranking 4th on the list. The top three ranks were left empty. United States(US) ranked 61st(last) on the list as the worst climate change performer.

Indicators: A total of 57 countries were ranked and the rankings were based on 14 indicators within 4 categories. The 4 categories are GHG (GreenHouse Gas emissions) emissions”, “renewable energy” and “energy use”, as well as on “climate policy”.

Infosys, 1st Indian corporate to be awarded UN award in ‘climate neutral now’ category
On december 11, 2019 IT (Information Technology) services major Infosys Ltd was presented with the United Nations Global Climate Action Award in the ‘Climate Neutral Now‘ category. The Bengaluru (Karnataka)- headquartered company Infosys, is the 1st Indian corporate to receive the award. The award was given for its outstanding achievements in combating climate change.

Award conferring: The award was conferred for its carbon neutral programme. The programme delivers innovative and practical climate actions to address climate change and help drive progress on many other sustainable development goals.

Top employer: The $11 billion valued Infosys has been projected as a top employer in Australia, Japan and Singapore across the Asia-Pacific region in 2020, by the Top Employer Institute in recognition of its excellence in hiring practices.

IREDA to Create a Green Window for Green Energy Finance:
Addressing the COP 25 conference, Secretary for the Ministry of New and Renewable Energy (MNRE) Shri Anand Kumar announced that Indian Renewable Energy Development Agency (IREDA), has planned to set up a dedicated “Green Window” to serve the unserved segments of renewable energy sector.

73 Countries joined Climate Ambition Alliance at COP25:
A total of 73 countries agreed to achieve carbon neutrality by 2050. These 73 countries represent 13% of total global emissions. Most of the 73 countries’ emission rate is negligible when compared with big emitters such as the USA, China and India.

IUCN: Species under increasing threat from climate change:
The IUCN (International Union for Conservation of Nature) on December 10, 2019 updated its “Red List of Threatened Species”. The IUCN reported that hundreds of plant and animal species are under further pressure from manmade climate change.

ISA members:  There are a total of 83 members of ISA. Eritrea and Saint Kitts and Nevis became the latest members of ISA in October 2019.

India to continue work on protecting long term development interests at COP25:
India expressed its willingness to continue its work protecting long term development interests at Madrid Climate Conference, the COP 25. India emphasized that developed countries should take the lead in undertaking ambitious actions and fulfil their climate finance commitments of mobilizing $100 billion per annum by 2020.