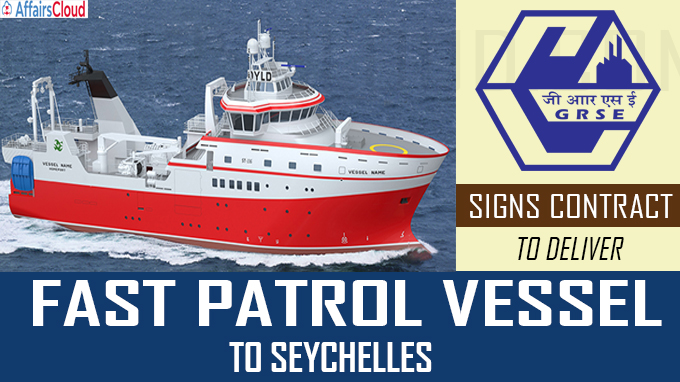 ii.Earlier, India had donated INS Tarmugli Patrol Vessel to Seychelles, it was named as SCGPS Topaz and is being used by Seychelles Coast Guard.

i.January 16, 2021, GRSE Ltd, Kolkata signed USD 12.7 Million Contract with the Harbour Department, Ministry of Public Works, Government of Guyana for the construction of an Ocean-going vessel.