Greece is facing sovereign debt crisis since it accumalted high levels of debt during the decade before the finacial crisis when the market was highly liquid. as the crisis got deepened there was a liquid crunch in the world economy making borrowings difficult as well as expensive and there by improper debt repayments on the time . resoans behind the greece issue is US sub-prime crises which effected in 2008.

Greece is small country in the world but it attracts all world from past 5 years as the main issue is finacial crises,  finding the solution to attract the people who are interested in fianncial matters and showing interest in the stock issues trying to pay attention on them.

Reasons behind the greece tragedy makes the govt of greece panic that they will opt the EURO-ZONE , that effect the britain economic situation and at the same time all euro zone countries .

If the crisis does expand and envelope the whole world it will once again demonstrate how in a globalised financial environment one country’s problems can quickly become the concern of every government and international institution. Moreover, Greece had, while opting for the common currency, the euro, voluntarily surrendered its monetary policy to the European Central Bank. This has proved to be a severe handicap: with its own currency, the drachma, and the scope to make interest rate and exchange rate changes, Greece could possibly have fared much better. The economic self-discipline that Greece and other EU member countries were expected to observe has made their policies inflexible to respond to a crisis. Financial markets indicate that the crisis — now more aptly called the European sovereign debt crisis — shows signs of snowballing. Interest on two year sovereign bonds has soared to 20 per cent, a rate that indicates investors’ perception of an imminent default. Rating agencies have downgraded the debts of Spain and Portugal in addition to that of Greece.

Stocks in Europe fell, followed by declines in stock markets across the world. The euro hit a 14-month low in relation to the dollar. Even emerging markets such as India that had withstood the previous crisis better than most other countries and is now in the forefront of a global recovery is feeling the heat. The Sensex, which touched 18000 a month ago, has fallen back below 17000.

what greece government did in 2010?

–>Before crisis , greek 10 year bond yields were 10 to 40 basis points above german 10 years bond. ith crisis , thsi spread increased to 400 basis pointin janurary 2010, which was at the time a record high *Financial crisis in greece_Government overspending with its national debt  is $413.6 billion

One of the worst countries with debt in Europe

The impact on the common European currency

2010 the story begins of greece crisis

Due to over impact of of US subrpime crisis in the 11-year history of Europe’s monetary union. By the end of it we will know whether the Greek fiscal crisis can be contained or whether it will metastasise to other parts of the eurozone.By then, the International Monetary Fund and the Greek government should have reached a deal.

There are three things to watch out for

–>First and most important, Greece will need to present a transition programme that explains how a large primary deficit can be turned into an equally large primary surplus without causing a slump in economic growth.

–>Second the total loan package has to be substantially higher than the €45bn pledged so far (of which €30bn is from the European Union, and the remainder from the IMF). The EU’s contribution is for one year only, and I see little chance that the EU will be able to increase it either now or next year. Axel Weber, president of the Bundesbank, has estimated that Greece will need about €80bn for the entire period of adjustment. That is about right. What we need to hear is a credible and watertight commitment that extends beyond €45bn. Greece will need cover for at least two years – during which all of the policy adjustment has to be decided, and most has to be implemented.

–>Third we need to watch the situation in Germany. The government originally tried to tag the Greek loan legislation on to an existing piece of legislation, but this ran into opposition. There will now be a full legislative process. Some parliamentarians from Angela Merkel’s coalition have already cast doubt on whether they will support it, including the parliamentary leader of the Bavarian CSU, the sister party of Ms Merkel’s Christian Democrats. They argue that the best solution would be for Greece to leave the eurozone and rejoin later. On this point, they are supported by large parts of the country’s legal and economic establishment.

NO IMPACT ON INDIA

The eurozone  gave Greece an end-of-week ultimatum to accept a key condition in their talks on how to make the country’s debts sustainable after a meeting ended in acrimony. The creditor nations in the eurozone said Greece must request an extension to its bailout programme something Athens has vowed not to do, as it wants to scrap the deal, which it views as harmful to its economy, in favour of a new one with easier terms. The eurozone promised that if Greece accepts an extension to buy time and stave off financial uncertainty, it would offer an immediate renegotiation of the bailout’s terms.

Greece has agreed to reforms that are very close to what creditors have demanded before they release new loans. The creditors in return offered Greece a five-month extension to its bailout program, which was supposed to end by june 31st 2015 . The concessions come only days after Greece proposed 8 billion euros in budget savings over two years 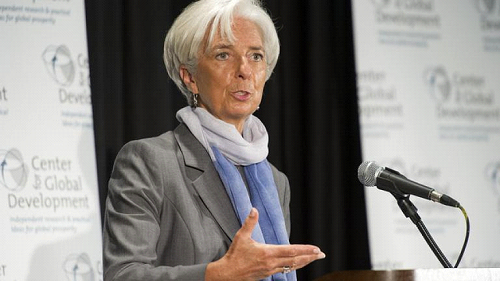 Failures of bailout return back

1.Improper reforms by government
2.oppose from people due to reforms made by greece government
3.Tight guidelines by IMF

IF debts are not return back STATEMENT made by greece  PM

*on july 5th  2015 greece PM announced refrendum for IMF bail out & euro countries guide lines that makes a clarity on the next step for greece govt depends upon public .

SOLUTIONS for greece to over take the issues

What Greece should implement