On April 23, 2020 The Department of Expenditure, under the finance ministry has stated that the central government has frozen the Dearness Allowance (DA) & Dearness Relief (DR), an inflation-linked allowance to its 1.1 crore employees & pensioners respectively due from January 1, 2020 to combat the COVID-19 pandemic outbreak. 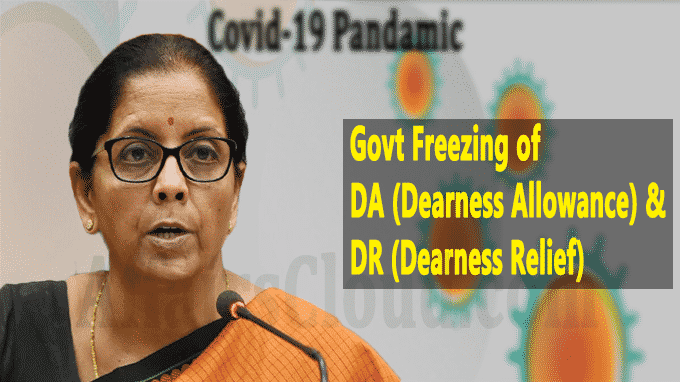 ii.The employees and pensioners will continue to receive DA and DR, respectively, at the current rate of 17% till June 30, 2021.

iv.In general DA will be revised twice a year in January and July in line with inflation trends.

i.The money saved through these will go to the Consolidated Fund of India for managing health services and the adverse impact of the COVID-19 pandemic in the country.

ii.In addition to healthcare costs, the government also faces the burden of providing boosters or stimulus to sectors and industries hit by a nationwide lockdown.

iv.The 2nd package aimed at industries is likely to be announced shortly.