As a step towards” make in India” initiative or “Digital India movement” Indian government to launch its new and improved version of the operating system (OS), named Bharat Operating System Solutions (BOSS) which it plans to replace all other OS, including the most popular Microsoft Windows in future.

The new OS BOSS is a Linux distribution, developed by C-DAC (Centre for Development of Advanced Computing) with the help of Gujarat Technical University, DRDO and private computer manufacturers.

After experiencing uncountable attacks on major government websites by Chinese hackers, various liabilities have been revealed of Indian Cyberspace. Taking some vital steps against cyber-attack 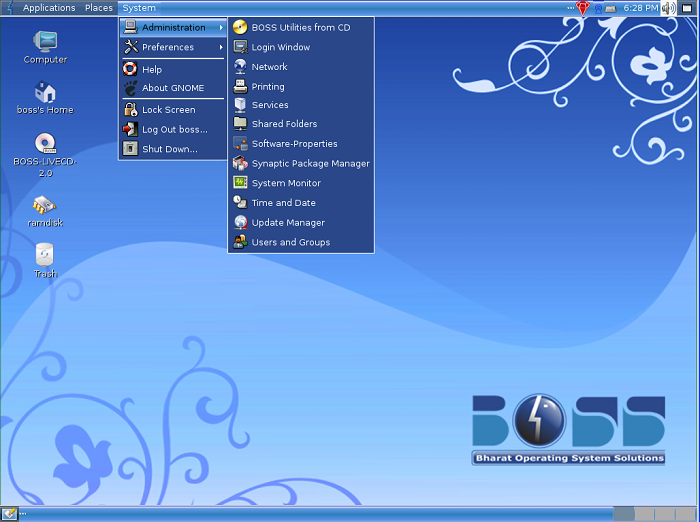 Latest version of BOSS is 6.0, which is soon to be released is code-named “Anoop”.

–        It comes with a virtual keyboard on the display screen itself and a bulk file converter which ensures a safe and speedy transfer of data.

–        Powerful security features – it was able to withstand the activities, as tester army intelligence and others who tried to break but were unsuccessfull.

–        Initially developed in 2007 as code name “Sethu” by National Resource Centre for Free/Open Source Software(NRCFOSS) of India, at Centre for Development of Advanced Computing (CDAC), Chennai.

–        The latest version of BOSS 5.0 was released in 2013 with Code name “Anokha”, after that it is said to have undergone many changes to fit the process.

The OS is expected to be handed over to department of electronics and information technology (DEITY) to further smooth rough edges and ready it for the use of government ministries.