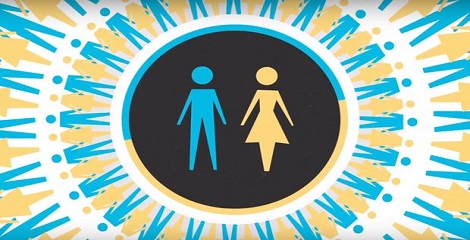 
India’s ranking in different fields
Women in the workforce – India fell five places and ranked at 139th out of 145 countries.
Health and survival sub-index – Placed at 143rd out of 145, just ahead of China and Albania
Sex ratio at birth – 143rd, ahead only of China and Armenia
Educational attainment – Marginally improvement with one place from 126th rank in 2014 to 125th in 2015
Female to male ratio – India’s labour force participation is 0.35 compared to 0.36 last year.
Income disparity – Women earning an estimated average of $2,257 per year compared with $9,175 for men.

Reason behind improvement in overall ranking
There are more women in positions of political leadership jumping from 9% to 22% in the cabinet. PM Narendra Modi’s cabinet has six women ministers.