Dear Aspirants,
Some of the General Awareness questions asked in today’s LIC AAO Exam Evening Shift are listed below. If you have any more questions from the exam, then kindly share it in the comment section. 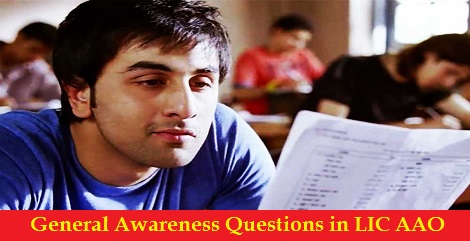