French President Francois Hollande was on 3 days visit to India. He was chief guest of the Republic Day parade. This is President Hollande’s 2nd State Visit to India and the 5th time (earlier 1976, 1980, 1998 and 2008) that a French Head of State has been invited as the Chief Guest on India’s Republic Day celebrations. NaMo and Hollande visited Government Museum and Art Gallery, Rock garden and addressed CEOs of French and Indian companies at a business summit in Chandigarh. Here is brief description:

Rock Garden – Modi met Hollande at the Rock Garden and the two leaders took a tour of the famous landmark created by Nek Chand using industrial and home waste and thrown-away items.

Government Museum and Art Gallery – The dignitaries shown the fossil discovered from the Shivalik Hills jointly by Society for Archaeological & Anthropological Research, India and French National Museum of Natural History.

Capitol Complex – The most spectacular work of French architect Charles-Edouard Jeanneret-Gris aka Le Corbusier, the Capitol Complex comprises the Legislative Assembly, Punjab and Haryana High Court and Secretariat. Here both leaders addressed the Business summit. There were 16 agreements signed during summit: 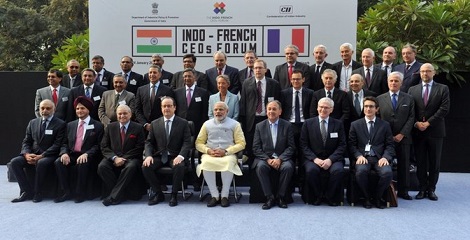 India, France sign Rafale fighter plane accord
India and France inked an inter-governmental agreement (IGA) on the sale of 36 French fighter jets but financial details of the deal were yet to be worked out. The deal was estimated of $9 billion worth. 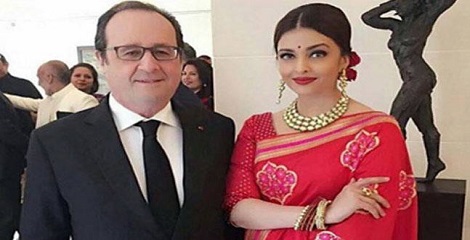