The 2017 Crafoord Prize has been conferred upon two American and one Japenese scientists for their fundamental discoveries in immune regulation.

Shimon is an immunologist and a Distinguished Professor of Osaka University. 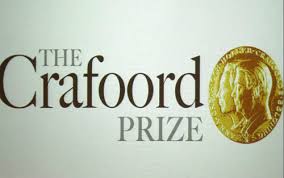 Fred Ramsdell, Ph.D. is the vice president, immunology of a Tyr Pharma.

Alexander Rudensky  is an immunologist at Memorial Sloan Kettering Cancer Center known for his research on regulatory T cells and the transcription factor Foxp3.