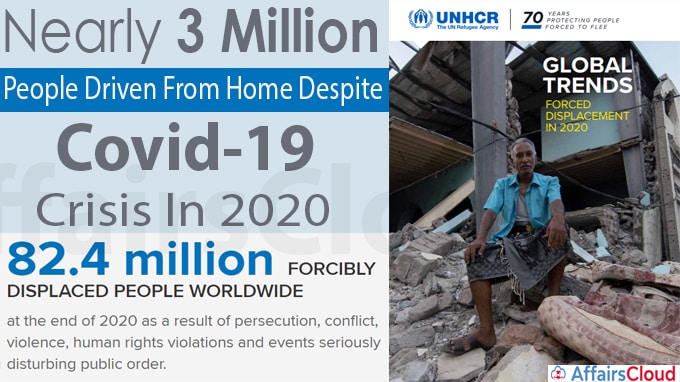 According to the ‘Global Trends: Forced Displacement in 2020 Report’ released by United Nations High Commissioner for Refugees (UNHCR) – The number of people fleeing wars, violence, persecution, and human rights violations increased to nearly 82.4 million people in 2020, an increase of 3 million people compared to 79.5 million recorded at the end of 2019.

i.Conflict and impact of Climate Change in places like Mozambique, Ethiopia’s Tigray region and Africa’s broad Sahel area were among the leading sources of new movements of refugees and internally displaced people in 2020.

iii.Turkey has taken in the most refugees, followed by Colombia & Pakistan.