Former railway minister, Lalu Prasad Yadav (67) was elected as president of his party Rashtriya Janata Dal (RJD) for the ninth consecutive term. He has been elected for the period of 3 years. 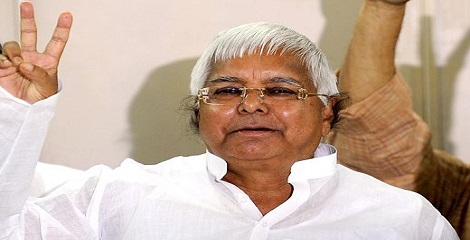 Criticism against him:
His tenure as CM of Bihar has been criticized for lawlessness and has been termed as the Jungle Raj & encourager of criminality and “Gunda Raj”. There are several corruption cases against him.

*About Fodder scam:
The Fodder Scam was a corruption scandal that involved the embezzlement of about ₹25 billion from the government treasury of the eastern Indian state of Bihar.