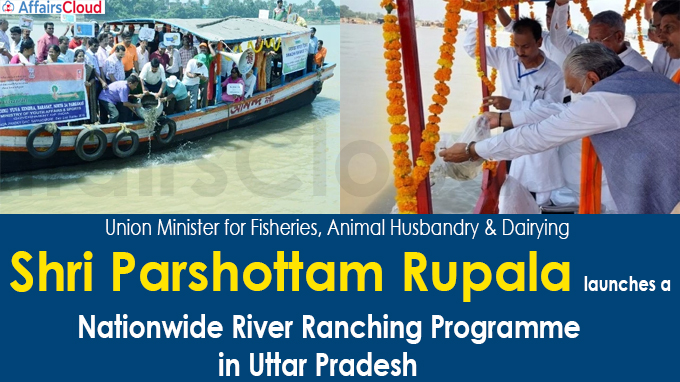 Union Minister for Fisheries, Animal Husbandry and Dairying Parshottam Rupala launched a nationwide, river ranching programme at Brijghat, Garh Mukteshwar in Uttar Pradesh as part of the government’s efforts to boost fish production in the country.

Launch of programme in different state

ii.In Uttarakhand, a total of 1 lakh fingerlings were ranched at ChandiGhat, Ganga River in Haridwar.

vi.At nationwide a total of 8.85 lakh fingerlings were ranched.

ii.To promote sustainable use and conservation of fishery resources.

i.The aim is to create a farmer-centric, technology-enabled ecosystem where the farmers are able to realize better income through livestock activities with the right information.

ii.To help farmers access the markets, irrespective of their location or holdings through the digital platform.

About National Dairy Development Board