Social Justice and Empowerment Ministry will organise The first three-day International Film Festival for Persons with Disability (IFFFD) on December 1. 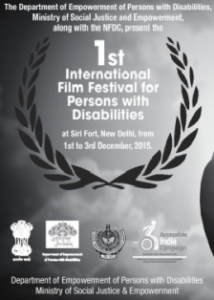 Total 40 films in different languages will be screened during the three-day festival.