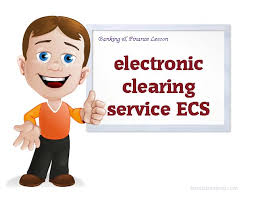 We studied above that ECS is used for either making bulk payment of amounts or for bulk collection of amounts. Based on that there are two variants:

ECS scheme is distributed based on the geographical location of branches as:

So if an institution opted for Local ECS service, it can credit to or debit from the same accounts in same geographical location. The institutional User has to register with an ECS Centre.
The RBI has deregulated the charges to be levied by sponsor banks from user institutions. However, in case banks apply any charges they should keep it transparent.

Some of the benefits of ECS scheme: