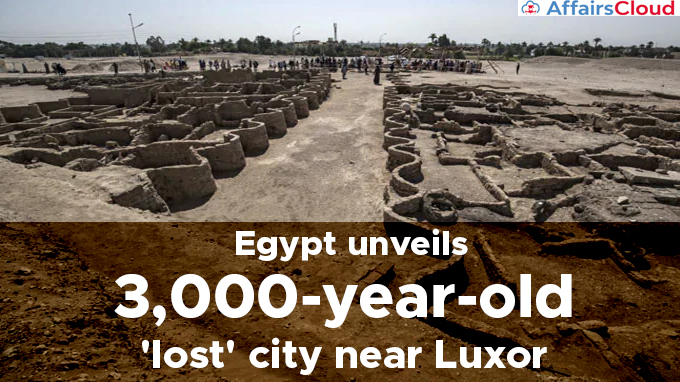 A 3, 000-year old town has been excavated in the city of Luxor, Egypt. The city formally named the ‘Rise of Aten’ (commonly called the ‘Lost Golden City’) dates back to the reign of 18th-dynasty King Amenhotep III, who ruled between 1391 and 1353 BCE. It is believed to be the largest ancient city ever uncovered in Egypt.

The Rise of Aten is named after the disc of the sun (called Aten in Ancient Egyptian).