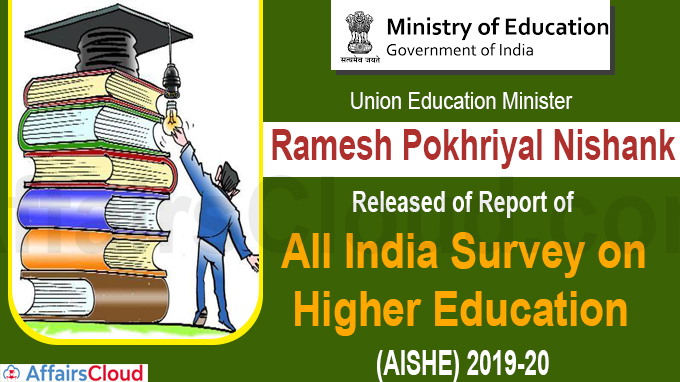 GPI in Higher Education in 2019-20 is 1.01 against 1.00 in 2018-19, which indicates an improvement in access to higher education for females of eligible age group compared to males.

Pupil Teacher Ratio in Higher Education in 2019-20 is 26:1.  PTR is the number of students who attend a school or university divided by the number of teachers in the institution.

The All India average of College density stands at 30. College density  refers to the number of colleges per lakh eligible population. It varies from 7 in Bihar to 59 in Karnataka. Around 60.56% of Colleges in India are located in Rural Areas.

viii.Increase in Institutions of National Importance