Earth day is observed on April 22 of every year in order to create awareness about pollution and to celebrate the environment of our planet. This year is a special occasion as it marks the 50th Anniversary of Earth Day and events was coordinated globally by the Earth Day Network in more than 193 countries.

The theme for Earth Day 2020 is “Climate Action”.  The enormous challenge — but also the vast opportunities — of action on climate change have distinguished the issue as the most pressing topic for the 50th anniversary. Earthday.org-PRESS RELEASES 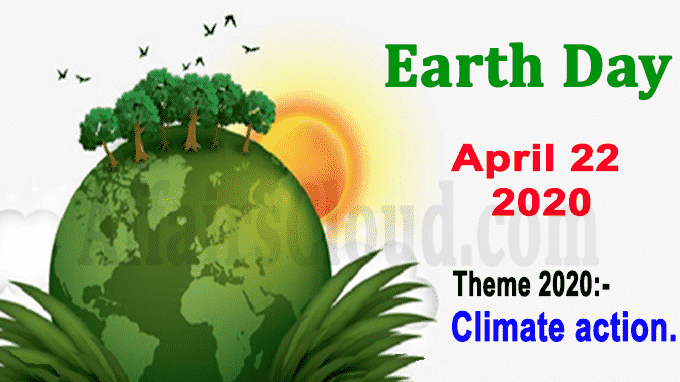 The first Earth Day took place in 1970. Outraged by oil spills, smog and polluted rivers, 20 million people took to the streets, protesting what they recognized as an environmental crisis. It was the planet’s largest civic event at the time and compelled governments to take concrete actions, including passing environmental laws and establishing environmental agencies.

International Mother Earth Day is observed every year on April 22, to raise awareness about issues that lead to nature’s suffering. This Mother Earth Day, coinciding with the Super Year of Biodiversity, is focused on its role as an indicator of the Earth’s health.