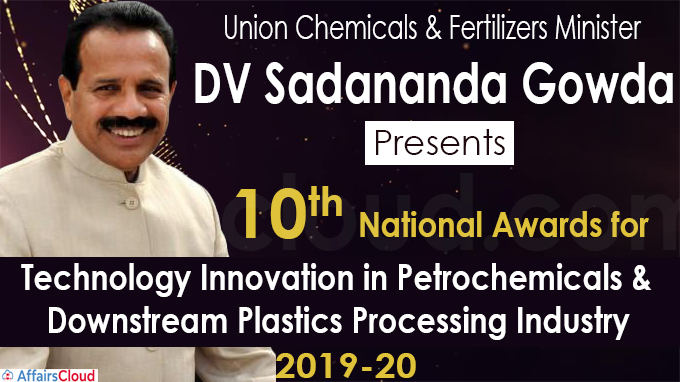 Awarded for: Indigenous development of polymer – ceramic based porous bed for separation of mixed ion-exchange resins

Awarded for: Development of bio-active, radiopaque, non-cytotoxic, bone cement based on a novel in-situ polymerizable oligomer for orthopedic applications

The awards were initiated on the lines of the National Policy on Petrochemicals of 2007 by the Department of Chemicals & Petrochemicals (DCPC) to incentivize meritorious innovations and inventions in the field of polymeric materials, products, process areas of national and social importance. The ultimate objective is to develop and maintain the petrochemical industry as a globally competitive industry using eco-friendly processes & technologies.

Point to be Noted

–DCPC has been taking several facilitation measures to attract investment in the petrochemicals sector such as supporting setting up of six plastic parks in coordination of State Governments in Assam, Madhya Pradesh (two parks), Odisha, Tamil Nadu and Jharkhand.