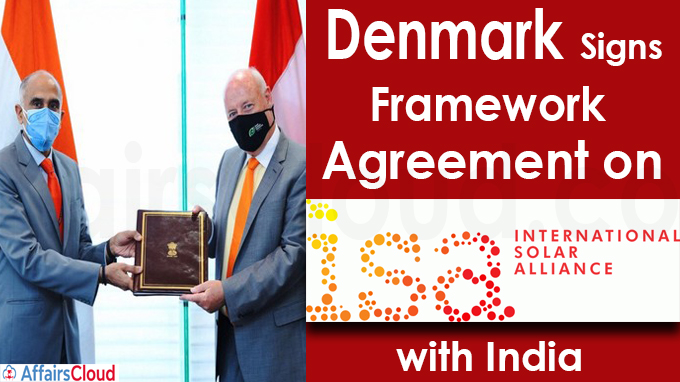 The Ministry of External Affairs (MEA)  stated that the Kingdom of Denmark has signed the framework agreement of the International Solar Alliance Framework Agreement (ISA FA) and Instrument of Ratification with India.

i.It aims to work for efficient consumption of solar energy for reducing dependence on fossil fuels & contribute to the implementation of the Paris  Climate Agreement through the massive deployment of solar energy.

On March 17, 2021, Italy joined the ISA after signing the amended ISA Framework Agreement.