Dear Aspirants,
Here we are providing you the detailed syllabus & exam pattern for the Dena Bank PGDBF PO.

Candidates shall be selected by Dena Bank through a selection process consisting of an (open) online exam followed by Group Discussions and Interviews. 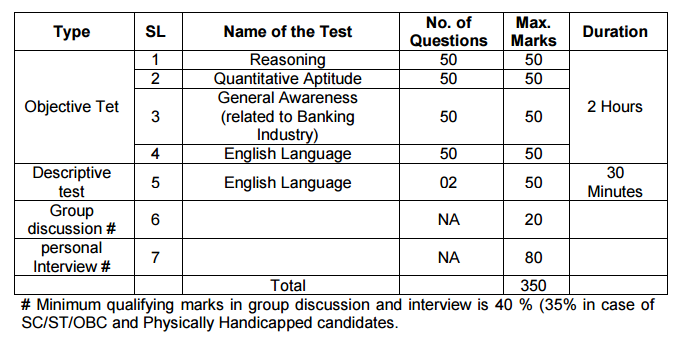 The topics to be covered in this section are

The topics to be covered for Reasoning Ability are

The topics to be covered in this section are

The syllabus for this section remains vast

The topics included are

It includes one Essay writing, Precis and Reading Comprehension.

Essay:
Pros and cons of ‘one rank one pension’ scheme
Over-dependence on monsoon for farmers
Ethical problems of e-commerce
Essay on effects of increasing FDI
Increasing Insurance penetration in India

(b) Essay Topics
Advantages & Disadvantages of Cashless Payment Modes.
Which reform in Indian education can be compared with International level.
Effects of gadgets on intellectual capabilities of humans