Quinton De Kock the wicketkeeper and batsman of South Africa became the fastest to make 10 One Day International (ODI) centuries. 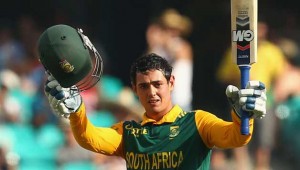