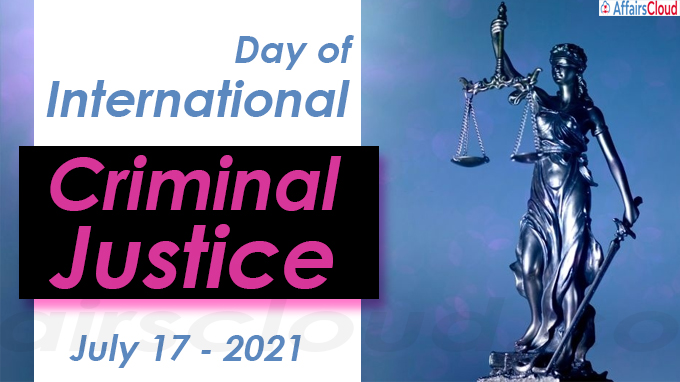 i.The Assembly of State Parties to observe July 17 as the Day of International Criminal Justice.

ii.The decision was taken at the Review Conference of the Rome Statute held in Kampala, Uganda on 1st June 2010.

17th July marks the anniversary of the adoption of the Rome Statute on 17 July 1998, the founding treaty of the ICC, the world’s first permanent international criminal court.

i.ICC investigates and tries individuals charged with crimes of concern to the international community such as genocide, war crimes, crimes against humanity and the crime of aggression.

ii.The court aims to hold the criminals responsible for their crimes and to help prevent these kinds of crimes from happening.

Under article 79 of the Rome Statute, the Assembly of States Parties created the trust fund for victims to support and implement the programmes to address the harmful effects of genocide, crimes of Humanity, war crimes, and aggression.