We are here for you to provide the important current affairs May 22 2018 which have unique updates of all daily events from all newspapers such as The Hindu, The Economic Times, PIB, Times of India, India Today, Indian Express, Business Standard, all Government official websites. Our complete current affairs helps you to get more marks in Banking, insurance, UPSC, SSC, CLAT, Railway and all other competitive Exams. 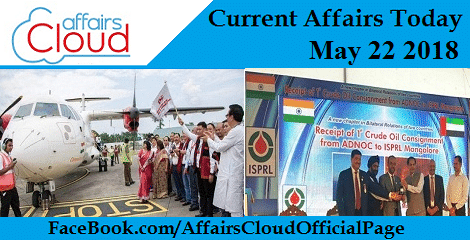 “Historic Moment “ as First Commercial Flight lands in Arunachal Pradesh
On May 22, 2018, a 42 seater aircraft of Alliance Air lands at Pasighat in  Arunachal Pradesh from Guwahati in Assam . It carried Chief Minister Pema Khandu and 24 other passengers with it.  Arunachal Pradesh has some 120 helipads and 10 advanced landing grounds operational for defence and civil operations. About the venture:
i. This flight is a part of the UDAN (Ude Desh ke Aam Nagarik) scheme. Arunachal Pradesh Chief Minister Pema Khandu became its first passenger.
ii. The flight will operate three times a week. It will connect Pasighat in Arunachal Pradesh and the Gopinath Bordoi Airport in Guwahati, Assam.
iii. The flight was a 1.5 hr long flight from Lokpriya Gopinath Bordoloi Airport in Guwahati.
iv. The Pasighat airport is on an Advance Landing Ground (ALG) which is meant to support operations of small and military aircrafts.
v. This would provide better connectivity and commercial and economical growth in the region.
vi. Another airport at Tezu in Lohit district will start its operations soon.
About Alliance Air:
♦ It is a subsidiary of state run carrier Air India. It will operate flights on the Kolkata-Guwahati-Pasighat route trice a week.

Chetak Corps’ engaged in exercise ‘Gandiv Vijay’ in Rajasthan
On May 22, 2018, The South-Western command Chetak Corps are engaged in intense training exercise called ‘Gandiv Vijay’ in Rajasthan.
About ‘Gandiv Vijay’:
i. began on March and will end in May 23 2018.
ii. It is a multi-mode exercise from dispersed locations to the time and place of decision in a terrain of operational responsibility of the formation.
iii. This was carried out in the Mahajan field firing ranges close to Suratgarh.
Chetak Corps:
♦ It is also called X-corps.
♦ Headquartered in Bhatinda.
♦  Commander – Lt. Gen P C Thimmaya.

Chhattisgarh to get specialised combat unit ‘Black Panther’: Rajnath
On 22nd May 2018, Union Home Minister Rajnath Singh said that, Chhattisgarh will get a specialised anti-Naxal combat force named the “Black Panther” in line with the Greyhounds unit.
‘Black Panther’ for Chhattisgarh:
i. Rajnath Singh Singh made this announcement at a meeting in Naya Raipur. Greyhounds is a special force in Telangana and Andhra Pradesh that is specialised in anti-insurgency operations against Naxals and Maoists.
ii. He said that, the government is making all possible efforts to stop the resource flow to the Maoists, including seizure of illegally procured properties.
Some important temples in India:
♦ Kashi Vishwanath Temple – Varanasi, Uttar Pradesh
♦ Triambakeshwar Temple – Nashik, Maharashtra
♦ Jagannath Temple – Puri, Odisha 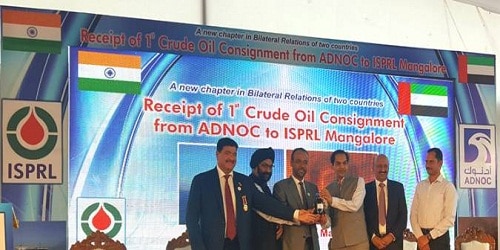 i. In February 2018, during the visit of Prime Minister Narendra Modi to UAE,ISPRL and ADNOC signed an Agreement for storing 5.68 million barrels of crude oil.
ii. This is to be stored in the Mangaluru facility of India SPR for emergency and distribution purposes.
iii.  Apart from this the minister of oil Dharmendra Pradhan flagged off 2 million barrels of oil for India.
iv. The centre has built crude oil storage facilities with total capacity of 5.33 Million Tonnes (MT) at three locations under phase I of the ‘SPR programme’ including 1.33MT at Vishakhapatnam, 1.5 MW at Mangalore and 2.5 MT at Padur.
ADNOC:
♦ Headquarters – Abu Dhabi , United Arab Emirates.
♦ UAE minister of state and ADNOC CEO – Sultan Ahmed Al Jaber. Key points on the informal meet:
i. Talks ofcounter terrorism, strategic partnership for global peace and stability, to continue working though the multilateral organizations like UN, SCO, BRICS and G-20.
ii. Agreement for strategic economic dialogue between NITI Aaoygand Russia’s Ministry of Economic Development for better trade and investment.
iii. Agreement on the first consignment of LNG under a long-term agreement between Gazprom and GAIL.
iv. For better partnership in military , security and nuclear energy fields.
v. Agreement on holding informal summits in future.
vi. The Prime Minister of India invited President Putin for the 19th Annual Informal Summit that is  to be held in India in 2018.
Russia:
♦ Capital – Moscow
♦ Currency – Russian Ruble.

BRICS Bank plans to launch Americas Regional Office in Brazil
On May 22,2018, BRICS New Development Bank (NDB) plans to launch Americas Regional Office in Brazil.
Key points about the launch:
i. It is done to increase the operational capabilities of NDB in Brazil .
ii. This will help in identification and preparation of bankable projects in Brazil.
iii. Apart from this there is another centre : The African Regional Centre in Johannesburg , South Africa.
NDB:
♦ Headquarters – Shanghai .
♦ Founded by BRICS member – Brazil, Russia, India, China, South Africa in July 2014.

BoB, CDSL sign agreement
On May 22,2018, Bank Of Baroda has signed agreement with CDSL Commodity Repository (CCRL) .
Key points about the Agreement :
i. This agreement is for pledge financeunder the repository ecosystem for registered / accredited warehouses.
ii. The new ecosystem will boost confidence among bankers and other stakeholders like depositors and warehouse service providers.
iii. This will also provide various features to its stakeholders such as seamless transfer of ownership of commodity by the depositors, splitting of warehouse receipt by the depositors, real time and ease of access of information by the banks that will help them reduce their TAT in processing the loans and marking the pledge on the commodity.
iv. BOB becomes the firstpublic sector bank to become the repository participant.
Central Depository Services (CDSL) :
♦ Headquarters – Mumbai, India. 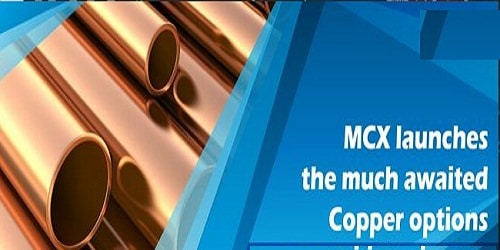 The contract has clocked a traded volume of 461 lots with value of Rs. 21.89 crore
Objectives :
It provides the optimal tool to protect and lessen price risk in copper for the stakeholders.
About the Launch:
i. The contracts are available for trading with one MCX copper futures contract (1MT) as the bottom-line.
ii. In order to encourage active participation in the market the exchange is not levying any transaction fees on all the commodity options contracts till September 30, 2018.
iii.  Copper ranks as the third-most-consumed industrial metal in the world, after iron and aluminium.
iv. Copper ore production in India stood at 3,846 thousand tonnes in 2016-17.India’s consumption demand for refined copper stood at 820 thousand tonnes in the FY16.
MCX:
♦ MD & CEO – Mr. Mrugank  Paranjape.

Business & economy India to achieve 9 percent growth rate by 2022: Niti Ayog VC
On May 22, 2018 , The Vice Chairman of NITI Aayog Rajiv Kumar said that the Indian economy and business will grow to a 9% growth rate by 2022.
i. This was possible because of the reforms like GSTand demonetization and the Insolvency and Bankrupty Code (IBC).
ii. Also encouraging electric vehicleswill aid in the improvement as petrol prices are growing to a USD 80 per barrel.
iii. The NITI Aayog is working on projects to demonstrate that farmers income can be doubled by 2022.
iv. Indian economy grew by 6.6% in 2017-18 and is expected to grow by 7.5% in 2018-19 fiscal.
About Insolvency and Bankruptcy Code (IBC):
i. It was launched in 2016.
ii. It is a framework by which a single one stop solution to insolvency resolution can be achieved.
iii. The process for insolvency resolution is for individuals , companies and partnership firms.
About GST:
i. Goods and Service tax came into effect from july 1, 2017.
ii. It is an indirect value added tax levied on products and services produced in the country.
iii. It has 5 slabs: 0%, 5%, 12%, 18%, 28%.
NITI Aayog:
♦ Chairman – PM Narendra Modi.
♦ CEO – Amitabh Kant.

ONGC operations in Nagayalanka from today
On May 22,2018 ,Oil and Natural Gas Corporation (ONGC) will begin its operations in Nagayalanka block in Krishna District.
Key Points :
i. This will be inaugurated by ONGC CMD Mr. Shashi Shankerin the site near the Bhavadevarapalli Village.
ii. This Early production System (EPS)will cost Rs. 6804 crore .
iii. For environmental protection an amount of Rs. 340 crore has been spent.
iv. The ONGC initially targeted developing of three wells and one EPS, whose handling capacity is drilling of 379 cum/per dayof crude oil and 0.145 Million Standard cubic feet of gas per day.
v. In March 2015, the Ministry of Environment and Forests and Climate Change issued the ‘Terms of Reference’ to the ONGC to set up 31 wells in the Krishna district.The three wells are in Nangegedda and Bhavadevarapalli in the mandal.
ONGC:
Headquarters – Vasant Kunj, New Delhi.

ii. The top 3 players in each age group in Maharashtra were awarded scholarships worth Rs. 11  lakhs and funds for international training.
iii. Dr. Vijay Thete of Nashik, Mr. Rajesh Dave of Yewatmal and Mr. Deepak Somaiya of Amravati were presented special awards for Development and Promotion of  Tennis.
iv. Also, coaches Kedar Shah for producing National Champions and Aditya Madkekar and Shrinivas Rao Kola for National Runner-up from Maharashtra were given special awards.
v. The Maharashtra  Men’s and Women’s  team that bagged the  All India interstate Championships  at Bhilai were presented Cash awards of Rs 51000 per player.
vi. Maharashtra players  Kritika Chhabra and Tejasvi  Kate and  coach Himanshu Gosavi were  honored for their Bronze winning performance at the Asian School Games at Solo, Indonesia.
vii. Appreciation Awards were given to clubs hosting international events in Maharashtra.
About Maharashtra State Lawn Tennis Association (MSLTA):
♦ Life President – Ghanshyam Patel
♦ Location – Mumbai

Pravin Agrawal appointed BHEL director
On May 22, 2018, BHEL said that it has appointed Pravin L Agrawal as part-time official director on its board. 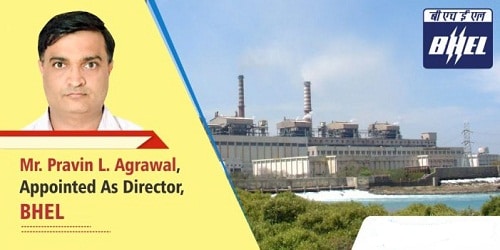 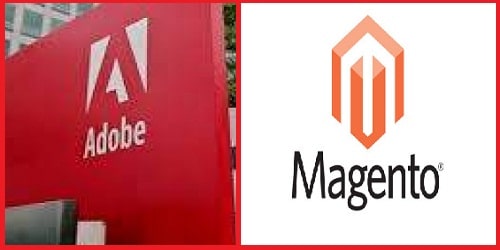 Key points about the acquisition:
i. Magentowas founded in 2008 and had been earlier acquired by eBay in 2011 first and then went private in 2015.
ii. it works in B2B and B2C context and will help Adobe to compete with salesforce and provide functionality in e-commerce space.
iii. The acquisition will help Adobe to work on consumers in the company’s Experience Cloud. The deal is also seen as a way of Microsoft and Adobe coming closer as they will be able to collaborate better against Salesforce.
Adobe :
♦ Headquarter – California, US.

Solar system’s first interstellar immigrant discovered
On May 22, 2018, scientists have discovered the first intersteller immigrant .
i. An Asteroid named (514107) 2015 BZ509 has a different origin other than our solar system because the object moves in a direction opposite to that of all the objects in our solar system.
ii. This is the second asteroid that is causing stir after the ‘Oumuamua’ asteroid.
iii. The discovery could shed light on a range of mysteries about how our solar system, planets and perhaps even life itself were formed.
iv. Dr. Fathi Namouni is the lead in this study group. 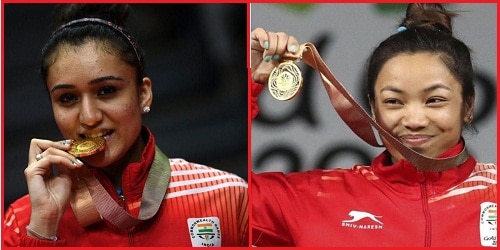 About the Agreement :
i. IOS will now manage their endorsements, appearances, brand profiling, patents, licensing and digital rights, images, and visibility on social networking sites, the company stated in a media release.
ii. It will be managing their brand portfolio and commercial activities in a professional way.
iii. With this deal, Manika and Mirabai join the likes of boxing stars MC Mary Kom, Vijender Singh and Saina Nehwal on the IOS roster.
About Manika Batra :
♦ The 22-year-oldManika had bagged medals in four events, including an unprecedented gold in the women’s singles and team championship, in the recently concluded Commonwealth Games at Gold Coast.
About Mirabai Chanu:
♦  The 23-year-oldMirabai, on the other hand, became the first Indian in two decades to clinch a gold medal at the 2017 World Weightlifting Championship in Anaheim. 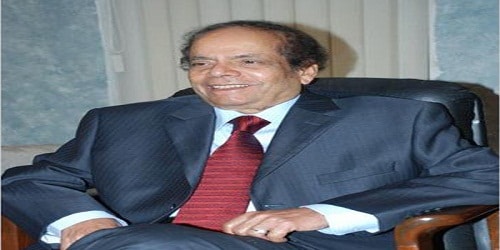 Death of Bansidhar Panda:
i. Bansidhar Panda was 87 years old. He founded Indian Metal and Ferro Alloys (IMFA) in 1961.
ii. He was a major contributor in instituting Sarala Award for literature and Ekalabya Puruskar for sports. 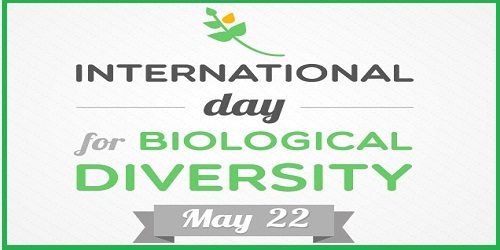