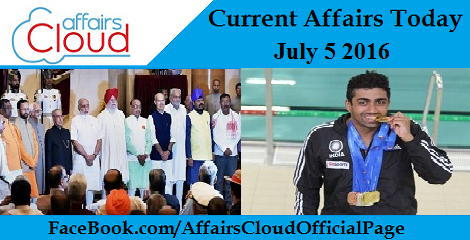 The Rapid Rural Police Response System – An intensive seamless rural patrolling network launched in Punjab
As a next step in safeguarding the rural population, Punjab’s deputy chief minister Sukhbir Singh Badal Flagged off an intense rural patrolling system, RRPRS – Rapid Rural Police Response System, in order to ensure the safety of the rural areas of Punjab, which comprises of around 12,000 villages.
Highlights:
♦ As per this new system, all the rural people can call “100” in case of distress and the police will response within a short span of not more than 20 minutes.
♦ This is a 24 X 7 facility with dedicated control rooms and dedicated twin lines to reduce channel traffic.

Centre nod for renaming of Mhow railway station after B R Ambedkar
i. Being Dr Ambedhkar’s Birth place, a formal Approval has been given by the Central Government for renaming MHOW Railway Station After B R Ambedhkar. He was born at Mhow, Madhya pradesh in 1891.
ii. The demand for renaming the railway station was put forth by Thawar chand Ghelot, Union minister of Social Justice and Empowerment.
iii. It is noticed that already Mhow was renamed as Dr Ambedkar Nagar in 2003 by the Madhya Pradesh government. 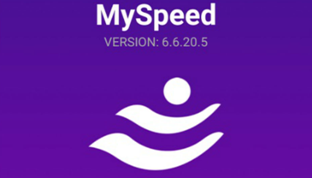 speed test app called MySpeed.
ii. TRAI’s MySpeed App is free and measures the download and upload speed of your internet connection, for both Wi-Fi and Cellular connectivity
iii. It will also gives real time data from customers and show the mobile data speed of each operator in a given area on real time basis.
iv. The app also allows users to send their speed test, signal strength, network information results to the regulatory body.

Centre to allot Rs 400 Crore for developing airports in UP
i. Ahead of the upcoming polls in Uttar Pradesh, Narendra Modi led NDA Government cleared the tracks for the setting up seven regional airports in Uttar Pradesh.
ii. The Civil Aviation Ministry drawn out a sum of 100 crores to each of the following airports in order to assist the development. The regional airports are as follows:-
Bareilly
Kanpur
Agra
iii. This decision was announced by shri. Mahesh Sharma, Minister of Sate for Civil Aviation.
iv. Moreover, the airports at Moradabad, Meerut and Faizabad are also expected to be operational with Uttar Pradesh agreeing to invest Rs 100 crore each on their development.

India’s first Commercial Court and Commercial Disputes Resolution Centre inaugurated in Chattisgarh
i. In order to metamorphose the judicial system to the next level of innovative contemporary system, Chhattisgarh government opted to introduce a new centre for solving disputes regarding commercial issues and problems. This initiative is launched by Dr. Raman Singh, Chief Minister of Chhattisgarh.
ii. This centre is located in a dedicated, ultra-modern and large Commercial Court complex in Raipur, capital of Chhattisgarh.
iii. Various services like Video-conferencing, E-Court, E-Library, E-Filing and E-Summons are some of the facilities rendered for litigators through this new system.
iv. The court complex also contains an arbitration centre and a mediation centre.

Cabinet nods for the approval of MoU between India and Mauritius in the field of rural development and poverty alleviation
Following the reshuffling of the cabinet, Union ministry led by Mr. Narendra Modi has approved the signing of Memorandum of Understanding between India and Mauritius in the field of Rural development and Poverty Alleviation on 5th July 2016.
As both the countries have a large segment of their population living in rural areas and are pre-dominantly dependent on agriculture and its allied activities for their livelihoods. This MoU will help to constitute a integral framework for cooperation between the National Development Unit, Prime Minister’s Office of the Republic of Mauritius and the Ministry of Rural Development of the Republic of India.
As per this MoU, a Joint Committee on Cooperation on Rural Development will be established which will meet alternatively in both countries on mutually agreed dates.
Key objectives:
i. Exchange of relevant information and documents in the sphere of rural development, including scientific and technical information together with policies and support measures adopted to foster rural development
ii. Cooperation by exchanging relevant information on issues of mutual interest
Undertaking exchange visits on programmes to foster sharing of experience
iii. Collaboration to strengthen their human resource capacity through sector-specific in-country training in Mauritius and training at reputed institutions in India through customized schemes and
iv. To facilitate the transfer of latest technology, state of the art equipment and materials, and share best practices.

SBI Card launches premium credit card ‘Elite’
i. India’s Largest Bank State Bank of India’s subsidiary arm SBI Card has launched a premium credit card by the name ELITE with host of facilities targeting high networth customers.
ii. The card is launched on the Master Card World platform and is enabled with NFC (Near Field Communication) technology that enables the customers a contactless payment experience, adding more speed and suave to their wallets.
iii. The card comes with a joining fee of Rs 4,999 and all customers will receive a welcome gift worth Rs 5,000 in the form of vouchers from popular lifestyle and travel brands.
iv. The third-largest card issuer SBI Card that has total card base of 3.75 million.

Amir Khan to host world’s first mixed martial arts league in bid to inspire youngsters to sport
i. The mixed martial arts event, Super Fight League promoted by British sports enthusiast Bill Dosanjh and British professional boxing sensation and two-time world champion Amir Khan, have announced the world’s first-ever MMA league to be hosted in India in August this year.
ii. The franchise based league that will feature eight teams has been sanctioned by the All India Mixed Martial Arts Association (AIMMAA). The event is third most followed league in the world.
iii. In the league all the team will constitute of nine Indian fighters and three international fighters that will be a mix of men and women. A total of 72 bouts will be played in the league stage that will be followed by two semifinals, a third 4th place and a gala title session.

Tejinder Kalra – New COO of Indus Towers
i. Indus towers, one of the largest telecom tower companies in India has appointed Tejinder Kalra as its new Chief Operating Officer.
ii. Tejinder Kalra was the former Global Head for Bharti Business in NOKIA.
iii. Tejinder Kalra has been associated with Reliance Infocomm, Satyam Infoway, Sprint RPG India amongst other organizations in the past.
iv.He has done his engineering from Thapar Institute of Engineering & Technology and Executive Diploma in International Business from IIFT.

Madhav Dhekane took over as Director of ISRO Inertial Systems Unit
i. Eminent scientist Madhav Dhekane took charge as seventh person to  become Director at ISRO Inertial Systems Unit (IISU), Department of Space, at Vattiyoorkavu in Thiruvananthapuram, Kerala.
ii. Earlier he had also held various positions in ISRO such as Deputy Director, Control, Guidance & Simulation Entity at VSSC, Chief Controller at VSSC and Associate Director (R&D) at VSSC.
Madhav Dhekane:
♦ He had joined Vikram Sarabhai Space Centre (VSSC) in 1983. His experience and expertise in the launch vehicle control and guidance design, onboard software development and mission design, and analysis that helped ISRO.
♦ Madhav Dhekane received B-Tech degree in electrical engineering and an M-tech degree in Systems and Control from Indian Institute of Technology, Mumbai. 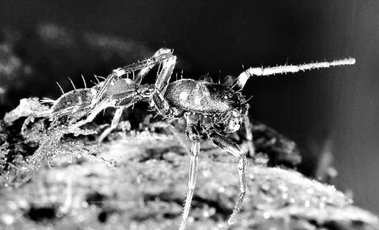 i. Kerala, being an abode of biodiversity & wildlife numerous plants and creatures are living in its dense forests. In evidencing such a rich multifariousness, a new species of ANT-MIMICKING SPIDER was found in the WAYANAD Wildlife Sanctuary of KERALA.
ii. This peculiar mimicking spider has been jointly discovered by researchers of the Centre for Animal Taxonomy and Ecology (CATE) of Christ College, Irinjalakuda, and the Oxford Museum of Natural History, London.
iii. Among the 300 different species of spider, this unique spider belongs to the Aetius genus of the ant-mimicking spider family Corinidae.
iv. This spider exactly resembles the ant by raising its front legs during its movement as like ants. This type of movement is known as Batesian mimicry.
This spider also utilizes this legs (antennae) to escape from its predators. 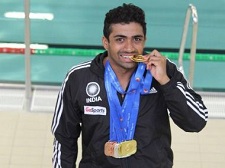 Saudi Arabia becomes Associate Member of ICC
i. Saudi Arabia turned into the 39th Associate Member of the International Cricket Council (ICC) after being unanimously elected during the Full Council meeting in Edinburgh.
ii. Saudi Cricket Centre (SCC) has 4350 cricketers and 80 committed facilities has been an Affiliate Member of the ICC since 2003 that will continue to play an active role in developing the game in the region.
iii. The Cricket Administrating body announced that the suspensions of the Cricket Association of Nepal (CAN) and the USA Cricket Association (USACA) were also ratified by the ICC Full Council.
ICC:
♦ Founded: 1909
♦ Headquarters: United Arab Emirates
♦ Chairman: Shashank Manohar
♦ CEO: Dave Richardson

In order to bring harmony and to look after the former & current Olympic athletes, A maiden Non-Profit organization named Olympians Association of India has been introduced on July 4 in New Delhi.
This organization is directly affiliated to World Olympians Association (WOA) under the International Olympic Committee (IOC).
The OAI has paved a clear track and has also put emphasis on some areas for the development of the athletes such as outreach, education and skill development, education and health insurance and pension, mentorship of young athletes, legal advice and IOC athlete career programme.
OAI has been founded by Olympians namely
♦ Shiva Keshavan (luge),
♦ Viren Rasquinha (hockey),
♦ Malav Shroff (sailing),
♦ Adille Sumariwalla (athletics),
♦ Ashwini Nachappa (athletics),
♦ Saina Nehwal (badminton),
♦ Hakimuddin Habibulla (swimming) and
♦ MC Mary Kom (boxing)

Former French Prime Minister Michel Rocard dies
i. Former French Socialist Prime Minister Michel Rocard, has passed away at Paris, France. He was 85 year old. He was a member of the European Parliament, and has been strongly involved in European policies until 2009.
ii. Rocard held several cabinet portfolios including agriculture and planning. He became politically active while studying at the prestigious Institute of Political Studies. He headed the Socialist students’ movement.
iii. Rocard was well-known for his aggression for planned directives to allow software patents in Europe, and has been candid foe of what he considers to be manoeuvres to force the decision on this issue. 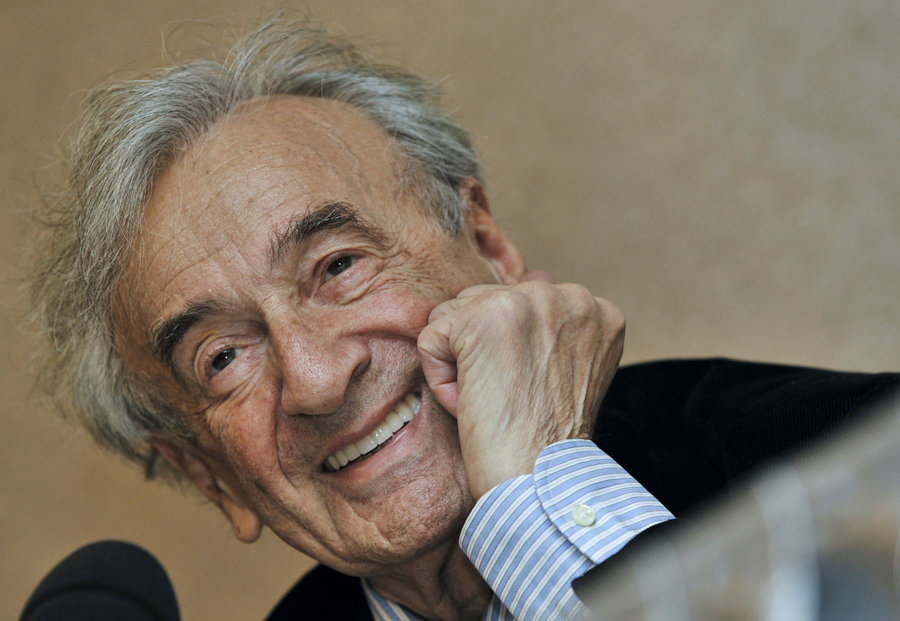 breathed his last at his home in New York City. He was 87 year old.
ii. Elie has won a Nobel Peace Prize for becoming the life-long voice of millions of Holocaust victims in 1986.
iii. He was a founding board member of the New York Human Rights Foundation and remained active throughout his life.