We are here for you to provide the important current affairs January 6 2018 which have unique updates of all daily events from all newspapers such as The Hindu, The Economic Times, PIB, Times of India, India Today, Indian Express, Business Standard, all Government official websites. Our complete current affairs helps you to get more marks in Banking, insurance, UPSC, SSC, CLAT, Railway and all other competitive Exams. 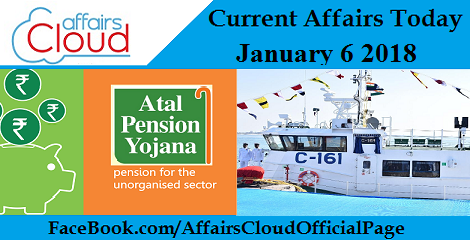 World Book Fair begins in New Delhi with focus on environment
New Delhi World Book Fair 2018 began on January 6, 2018 at Pragati Maidan, New Delhi.
i. ‘Environment and Climate Change’ is the main theme of New Delhi World Book Fair 2018. The theme pavilion (made from environmental-friendly material like bamboo, cane and jute) highlights various environment-related issues like global warming, climate change, water pollution and other relevant matters.
ii. This fair is being jointly organised by the National Book Trust (NBT) and India Trade Promotion Organisation(ITPO). It is spread over 30000 sq m space and has more than 1500 stalls…………………………………..Click here to Read more 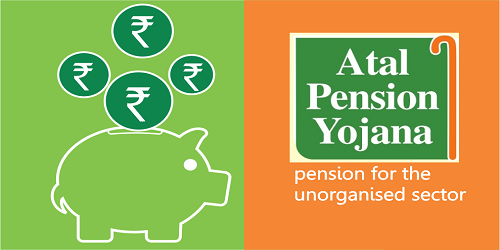 HP govt to set up Gudiya helpline for reporting crime against women
On January 5, 2018, Himachal Pradesh Chief Minister, Jai Ram Thakur announced setting up of 24X7 ‘Gudiya helpline‘ for reporting crimes against women.
More information about ‘Gudiya Helpline’:
i. ’Gudiya’ is a nickname given to the 16-year-old victim of rape and murder in Kotkhai town. The incident took place in 2017.
ii. Under ‘Gudiya helpline’ initiative, three special crime cells would be set up, one each at Mandi, Shimla and Kangra.
iii. Officers posted at these cells will be responsible for reporting cases of crime against women without any delay.
iv. Day-to-day reporting of such cases will be monitored at the chief minister’s office level under direct supervision of Chief Minister Jai Ram Thakur.
v. In all such cases, authorities will take action within 48 hours.
Quick Facts about Himachal Pradesh:
♦ Capital – Shimla, Dharamshala (second capital, in winter)
♦ Current Governor – Acharya Dev Vrat
♦ Current Chief Minister – Jai Ram Thakur
♦ Important National Park – Pin Valley National Park, Khirganga National Park BSF Launches ‘Operation Alert’ Along 200 Km Border to Curb Terrorist Movement
Border Security Force (BSF) has launched “Operation Alert” along 200 km long International Border (IB) in Jammu and Kashmir to prevent infiltration attempts by terrorists from the Pakistani side.
i. Senior officials of BSF in Jammu frontier have stated that, ‘Operation Alert’ has been declared in wake of intelligence report pertaining to movement of militants along the border.
ii. Infiltrators have been making desperate attempts to crossover by taking advantage of the thick cover of winter fog.
iii. Besides, Pakistan has been frequently resorting to ceasefire violations along the border. On January 4, 2018, BSF Head Constable Radha Pada Hazara was killed in sniper firing by Pakistan rangers in Samba sector.
Quick Facts about BSF:
♦ Formed in – 1965
♦ Headquarters – New Delhi
♦ Governing Body – Ministry of Home Affairs, Government of India

Himalayan Hydro Expo begins in Kathmandu
On 5th January 2018, Himalayan Hydro Expo began at the Exhibition Hall of Bhrikutimandap, in Kathmandu, Nepal.
Himalayan Hydro Expo 2018:
i. The Himalayan Hydro Expo 2018 is jointly organised by the Independent Power Producers’ Association Nepal (IPPAN) and Event Management Services. The expo is conducted for 3 days.
ii. The expo was inaugurated by Bidya Devi Bhandari, President of Nepal. The objective of the expo is to project the hydro power potential of Nepal and to bring together all the stakeholders at one place.
iii. Delegates from countries like India, China, Austria, Czech Republic and Norway are taking part in the expo.
iv .Hydro power related products and services are displayed in the expo. Seminars, discussions and competitions are conducted for students.
About Independent Power Producers’ Association Nepal (IPPAN):
♦ Executive Manager – Prabal Bhattarai
♦ Aim – creating investor friendly environment for power development in Nepal i. This will be China’s second foreign naval base after Djibouti, in the Horn of Africa in Indian Ocean. The base in Djibouti was formally opened in August 2017.
ii. According to Beijing-based military analyst Zhou Chenming, China’s naval base in Pakistan will most likely come up in Gwadar on the southwestern coast of Balochistan, Pakistan.
iii .From Indian perspective, this news holds strategic significance, as Gwadar is located at a short distance from Chabahar port in Iran, that is being jointly developed by Iran, India and Afghanistan. Chabahar port is to be utilised as trade corridor for Indian exports to Afghanistan, bypassing Pakistan.
Quick Facts about China:
♦ Capital – Beijing
♦ Currency – Renminbi
♦ Current President – Xi Jinping
♦ Important Rivers – Yangtze, Yellow River

India remains Sri Lanka’s top source of tourists in 2017
As per data released by Sri Lanka Tourism Development Authority, India continued to be Sri Lanka’s top source of tourists in 2017.
Indian tourists to Sri Lanka:
i. As per the data, India accounted for 384628 tourist arrivals in Sri Lanka in 2017, which marks 7.8 per cent growth as compared to previous year.
ii. India was followed by followed by China, accounting for  268952 arrivals while  201879 tourist arrived in Sri Lanka from United Kingdom (UK).
iii. Despite of Sri Lankan tourism industry witnessing several setbacks during 2017, tourist arrivals in Sri Lanka touched an all- time high of 2116407.
iv. The main setback was closure of Sri Lanka’s main airport from January to April 2017 as many airlines scaled down their operations in Sri Lanka or completely stopped flights to Colombo.
v. Besides, several parts of Sri Lanka were affected by floods and droughts during 2017 which not only cut access to prime resort areas but also triggered negative publicity by international media.
Quick Facts about Sri Lanka:
♦ Capital – Colombo
♦ Currency – Sri Lanka rupee
♦ Current President – Maithripala Sirisena
♦ Important Stadium in Sri Lanka – R. Premadasa International Cricket Stadium 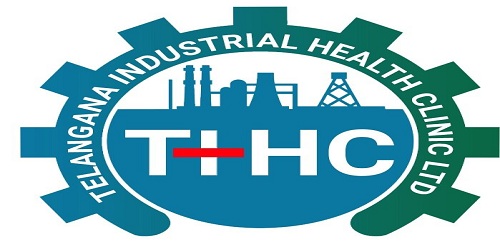 Paytm bank, IndusInd Bank tie up for deposits
Paytm Payments Bank has announced a partnership with Induslnd Bank under which, its customers’ account balance exceeding Rs. 1 lakh at the end of day will be automatically converted to a fixed deposit (FD) with IndusInd Bank.
i. As per the current norms applicable to Payments Bank, a customer cannot have more than Rs. 1 lakh in his/her account.
ii. However, as there is no limit on intra-day transactions, a situation may arise wherein customers’ end of day balance in payment bank may exceed Rs. 1 lakh.
iii. Thus, this partnership is a win-win proposition as it will help Paytm Payments Bank to comply with the norm and at the same time will give float to IndusInd Bank.
iv. Customers whose balance has been converted to fixed deposit will be able redeem it instantly, at any time, without paying any pre-closure or miscellaneous charges.
Quick Facts about IndusInd Bank:
♦ Founded in – 1994
♦ Headquarters – Mumbai, Maharashtra
♦ Current CEO – Ramesh Sobti

Government forecasts GDP growth at 6.5% in current fiscal
Central Statistics Office (CSO) has announced the first advance estimates of National Income 2017-18 and stated that growth in India’s Gross Domestic Product (GDP) during 2017-18 is estimated at 6.5% as compared to 7.1% in 2016-17.

Professor Gopal Guru appointed Editor of EPW
On 4th January 2018, Gopal Guru was appointed as the Editor of the Economic and Political Weekly (EPW).
Gopal Guru – Editor of EPW:
i. Gopal Guru is a professor and political scientist. He currently works at the Jawaharlal Nehru University (JNU) in New Delhi. He teaches Political Science.
ii. Earlier, he worked at the University of Delhi and the University of Pune. He has written several books.
iii. Paranjoy Guha Thakurta resigned as the Editor of EPW last year. He resigned following accusations that he had initiated unilateral legal proceedings against a business group after legal notice was served on an article.
About Economic and Political Weekly (EPW):
♦ Publisher – Sameeksha Trust
♦ Discipline – Social sciences
♦ Language – English 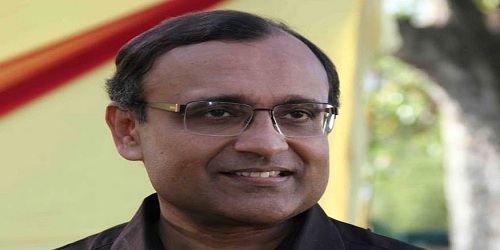 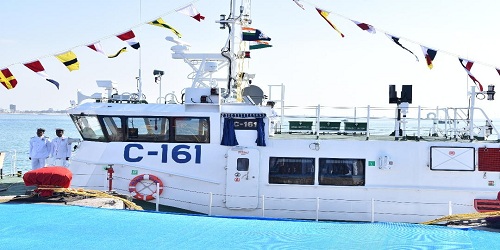 About ICGS C – 161:
i. ICGS C – 161 has been built by Bharati Defence and Infrastructure Limited.
ii. It is 27.64m long, has displacement of 107 tons and can achieve maximum speed of 35 knots.
iii. It is capable of operating in shallow water as well as deep seas. It can be used for surveillance, interdiction, search and rescue operations and can render assistance to boats and craft in distress at sea.
iv. ICGS C-161’s presence will strengthen security along west coast of India and will help in patrolling to prevent illicit activities such as smuggling, illegal fishing and infiltration.
Quick Facts about Indian Coast Guard:
♦ Established in – 1978
♦ Operates under – Union Ministry of Defence, Government of India
♦ Headquarters – New Delhi
♦ Current Director General – Rajendra Singh

CSIR scientists join hands to develop eco-friendly e-crackers
Different labs of the Council of Scientific & Industrial Research (CSIR) have decided to put joint efforts for developing eco-friendly firecrackers and arriving at a cost-effective technology to make e-crackers (electronic-crackers).
Eco-friendly crackers and e-crackers:
i. Last year, Union Environment and Science  &Technology Minister, Harsh Vardhan had urged scientific institutions and research bodies to conduct  research on eco-friendly firecrackers.
ii. In response to this call by Mr. Harsh Vardhan, CSIR constituted an inter-ministerial expert committee to guide and mentor different labs developing less polluting firecrackers.
iii. This research and development endeavour will initially focus on reduction of pollutants and in future will develop a solution which would remove the pollutants altogether from the compositions of firecrackers.
iv. e-crackers mainly contain high-voltage micro generators which spark at random intervals and create cracking sound just like firecrackers. For e-crackers, efforts will focus on developing low-cost technology in order to make it affordable for all consumers. Foreign-made e-crackers that are currently available in Indian market are bit expensive for average Indian consumer. About NASA’s GOLD and ICON missions:
i. Global-scale Observations of the Limb and Disk (GOLD) mission and the Ionospheric Connection Explorer (ICON) are complementary missions to explore ionosphere, a boundary area between Earth and the space (from about 60 km to 1000 km altitude) which is like a sea of particles that have been ionised by solar radiation.
ii. Ionosphere holds special significance for humans as it influences radio signals used to guide airplanes, ships and Global Positioning System (GPS) satellites.
iii. GOLD mission, which will be in a geostationary orbit over the Western Hemisphere, about 35398 km above Earth’s surface will be launched in January 2018 while ICON which will be in low-Earth orbit, at 560 km above Earth will be launched in later part of 2018.
iv. Measuring upper atmosphere changes on account of hurricanes and geomagnetic storms is a primary goal of these missions.
Quick Facts about NASA:
♦ Formed in – 1958
♦ Headquarters – Washington D.C., US 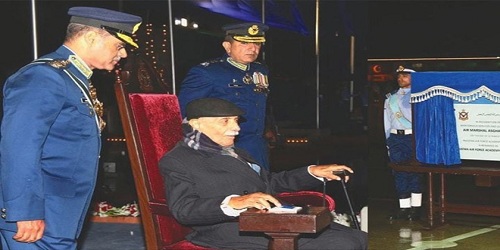