We are here for you to provide the important current affairs February 12 2018 which have unique updates of all daily events from all newspapers such as The Hindu, The Economic Times, PIB, Times of India, India Today, Indian Express, Business Standard, all Government official websites. Our complete current affairs helps you to get more marks in Banking, insurance, UPSC, SSC, CLAT, Railway and all other competitive Exams. Jharkhand to set up “Dada-Dadi Park” park in every city
On 12th February 2018, Jharkhand Chief Minister Raghubar Das announced that “Dada-Dadi Park” for senior citizens will soon be set up in all cities of Jharkhand.
Dada-Dadi Park:
i. Raghubar Das said that, the Dada-Dadi park will be set up to relieve people from the summer heat.
ii. He made this announcement, while laying the foundation for three projects worth Rs 300 crore at Jaiprakash Udyan, Adityapur.
iii. The three projects are: Adityapur Sewerage Yojna for Rs 255.15 crore, Urban Water Project for Rs 49.30 crore in Chakradharpur, West Singhbhum district and Multi-purpose Convention Hall for Rs 9.81 crore in Jamshedpur.
Some wildlife sanctuaries of Jharkhand:
♦ Hazaribag Wildlife Sanctuary
♦ Dalma Wildlife Sanctuary 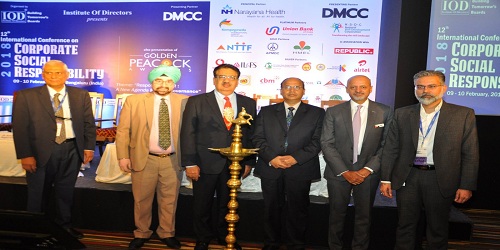 Highlights of 12th International Conference on corporate social responsibility:
i. This conference was organised by Institute Of Directors (IOD), an association of company directors, committed to improving the competitiveness of businesses through development of its leadership.
ii. The event was inaugurated by T. M. Vijay Bhaskar, IAS, Additional Chief Secretary, Government of Karnataka.
iii. Several dignitaries comprising senior government officials and corporate heads addressed the conference.
iv. During the course of the event, prestigious Golden Peacock Award 2017 were presented to several Indian and International companies for their work towards the society and Human Resource (HR) Excellence.
Quick Facts about Institute of Directors (IOD):
♦ Founded in – 1903
♦ Headquarters – London
♦ Institute of Directors (India), established in – 1990

Delhi government, MoEF jointly launch ‘Clean Air Campaign’
On 10th February 2018, Delhi government and the Union Ministry of Environment and Forests and Climate Change (MoEF&CC) together launched the ‘Clean Air Campaign’ for Delhi.
Clean Air Campaign:
i. The ‘Clean Air Campaign’ campaign will be carried out for two weeks till 23rd February 2018. This campaign will focus on improvement of air quality in Delhi. 70 teams have been formed as a part of the campaign.
ii. The teams consist of one senior officer from MoEF&CC and one official from Delhi government as co-leaders.
iii. Also, one member from CPCB (Central Pollution Control Board), one from Delhi Pollution Control Committee (DPCC) and one from concerned Municipal Corporation will also be present in the teams.
iv. As a part of the campaign, interactions will be held with Non-Government Organisations (NGOs), civil society citizens, academic and R&D institutions.
v. A workshop on vehicular pollution and traffic management will be conducted. Resident Welfare Associations will be encouraged to plant saplings in open areas.
vi. Shools and colleges will also be advised to increase planation of plants and trees in the campus.
vii. Delhi Chief Minister Arvind Kejriwal and MoEF&CC minister Harsh Vardhan jointly launched a mobile app at the occasion.
About Central Pollution Control Board (CPCB):
♦ Established – 1974
♦ Chairman – S.P. Singh Parihar

More Information about Gevora Hotel:
i. Height of 75-storey Gevora Hotel is 356 metres. It has been built by Majid Al Attar.
ii. Gevora Hotel has 528 guest rooms – 232 Deluxe Rooms, 265 one-bed room deluxe and 31 two-bedroom suites.
iii. It also has a pool, Jacuzzi, health club, luxury spa and restaurants serving international and local cuisines.
iv. It is to be noted that, the Burj Khalifa, world’s tallest building (828 metres) is also located in Dubai.

India ranks second in global phosphorus pollution by human activity
As per a report published in Water Resources Research, Phosphorus levels in freshwater bodies across the world are escalating and this could pose a serious threat to the ecosystem.
Data about Phosphorus levels in freshwater bodies:
i. The report outlined that globally, on account of human activities, about 1.5 teragrams of phosphorus (one teragram is equal to one billion kilograms) was dumped into the freshwater systems every year.
ii. Breaking it down by country, China contributed the most with 30%, followed by India (8%), the USA (7%) and Spain and Brazil (6% each).
iii. The researchers also assessed the phosphorus-related water pollution levels in 20 river basins across the world. In the assessment, Huang He river basin of China was found to be having highest phosphorus-related water pollution. Ganges basin (in India) ranked fourth in this list.
iv. Water Resources Research is a scientific journal published by the American Geophysical Union, focusing on research in the social and natural sciences of water. Highlights of 4th Nepal Buildcon and Wood International Expo 2018:
i. The expo was inaugurated by Deputy Prime Minister of Nepal Kamal Thapa, while Indian Ambassador to Nepal Manjeev Sibgh Puri was the guest of honour for the event.
ii. This event served as a single platform for various stakeholders of construction industry viz. builders, architects, engineers, construction material suppliers, interior decorators, furniture suppliers and equipment manufacturers.
iii. More than 80 Indian companies participated in the expo through an Indian Pavilion.
iv .The Indian pavilion was jointly set up by Ministry of Commerce, Confederation of Indian Industry (CII) and Commerce Wing of Indian Embassy.

Oscars 2018: Indian-born engineer ‘Vikas Sathaye’ wins sci-tech award for aerial camera mount
On 10th February 2018, Vikas Sathaye, an Indian-born engineer, along with three other people won the scientific and engineering award, at the Oscars 2018 Scientific and Technical Awards in Beverly Hills, United States.
Oscars 2018: Indian-born engineer ‘Vikas Sathaye’ wins sci-tech award:
i. The four-member team that included Vikas Sathaye was awarded for the concept, design, engineering and implementation of the Shotover K1 Camera system. Other members of the team are Brad Hurndell, John Coyle and Shane Buckham.
ii. It is a 6 axis stabilised aerial camera mount. The camera mount can be attached to the base of a helicopter. It eliminates vibration to provide a steady footage.
iii. The mount can move the camera head in required direction by the operator who is inside the helicopter. A joystick is used to control the camera movement.
iv. Vikas Sathaye joined the Shotover Camera Systems in 2009. He was born in 1967 in Pune. He studied BE in electronics in VIT Pune. He finished MTech in instrumentation in IISc.
About Shotover:
♦ CEO – Brad Hurndell
♦ Based in – New Zealand

World’s first autonomous pods unveiled in Dubai
On February 11, 2018, Dubai’s Roads and Transport Authority (RTA) launched the first tests of the world’s first autonomous pods.
Details about World’s First Autonomous Pods:
i. Dubai’s Roads and Transport Authority (RTA) has launched these autonomous pods in collaboration with Next Future Transportation.
ii. Autonomous pods commute in dedicated lanes and are designed to travel short and medium distances.
iii. Depending on riders’ destination, the pods can be coupled together. Coupling takes about 15 seconds time while detaching the same takes five seconds.
iv. The pods can commute at an average speed of 20 kilometres per hour. It operates on a rechargeable battery that supports three hours of operation.
v. Each pod measures 2.87 metres in length, 2.24 metres in width and 2.82 metres in height. It weighs about 1,500 kilograms.
vi. Each pod can carry 10 riders at a time. 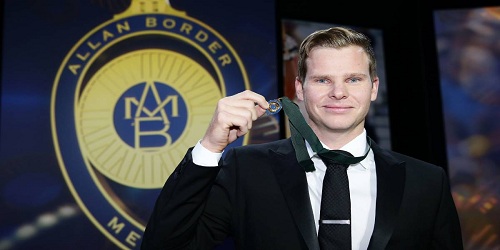 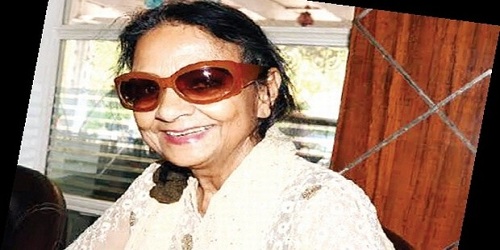 Death of Parbati Ghosh:
i. Parbati Ghosh was 85 years old. She was born in Manasinghpatana in Cuttack, in 1933.
ii. She had received national film award for her performances in movies ‘Laxmi’, ‘Kaa’ and ‘Stree’.
Some national parks in Odisha:
♦ Simlipal National Park
♦ Bhitarkanika National Park